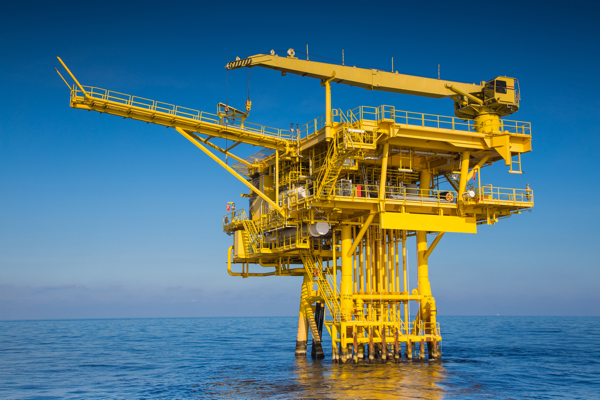 Marathon Oil Corporation (MRO) recently stated first quarter 2018 net income of $356.0M, or $0.42 per diluted share, which includes the impact of certain items not typically represented in analysts’ earnings estimates and that would otherwise affect comparability of results. Adjusted net income was $154.0M, or $0.18 per diluted share. Net operating cash flow was $649.0M, or $707.0M before changes in working capital.

First quarter development capital expenditures, before working capital, were $618.0M, and are not ratable for the balance of 2018 because of higher working interest and non-operated pace relative to the remainder of the year. Net cash offered by continuing operations was $649.0M during first quarter 2018, or $707.0M before changes in working capital. The Company’s 2018 development capital budget is still anticipated to be $2.30B.

Outside of the development capital budget, resource play leasing and exploration (REx) capital expenditures were $94.0M in the first quarter, more than fully funded through divestiture proceeds. Though episodic in nature, the Company anticipates second quarter REx capital expenditures to be about $150.0M.

For full-year 2018, the Company now anticipates annual resource play oil and barrel of oil equivalent (boe) growth of 25 – 30 percent, up from 20 – 25 percent formerly, and is trending toward the high end of its 2018 guidance ranges for total Company oil and boe.

OKLAHOMA: Marathon Oil’s Oklahoma production averaged 75.0K net boed during first quarter 2018, up 17 percent from 64.0K net boed in the prior quarter. Oil production was up 25 percent sequentially, mainly as a result of strong carry-in performance from the nine-well Tan infill that came online late in the fourth quarter. The Company brought 17 gross operated wells to sales mainly focused on Meramec leasehold activity in the STACK. This mostly completes the STACK leasehold program for the year, and allows for the transition to pad drilling for the remainder of 2018. In the normally pressured STACK, improved drilling efficiencies and optimized completion designs resulted in accomplished well costs for first quarter standard-lateral Meramec wells averaging $4.0M.

NORTHERN DELAWARE: Marathon Oil’s Northern Delaware production averaged 16.0K net boed in first quarter 2018, up from 11.0K net boed in the prior quarter. The Company brought nine gross Company-operated wells to sales across the Malaga, Red Hills and Ranger areas in Eddy and Lea Counties, seven of which had average 30-day IP rates of 1,460 boed (69% oil). Two wells from the Cypress infill pilot came to sales ahead of plan in the last week of the quarter. A two-well 3rd Bone Spring / Upper Wolfcamp pad in Red Hills achieved average 30-day IP rates of 1,830 boed (68% oil), and an Upper Wolfcamp well in Malaga had an average 30-day IP rate of 2,095 boed (69% oil). In the last six months, Marathon Oil has added 165 risked gross Company-operated locations with an average working interest of 65 percent through trades and a small bolt-on acquisition. The Company is presently benefiting from its Midland-Cushing basis swaps. Open positions include 10.0K bopd hedged at a discount of less than $1 to WTI for the second half of 2018 and all of 2019.

Total liquidity as of March 31 was about $5.0B, which consisted of $1.60B in cash and cash equivalents and an undrawn revolving credit facility of $3.40B. On March 1, the Company closed on the sale of its Libya partner for $450.0M and proceeds were received on the same day. In Addition To, the final Canadian oil sands payment of $750.0M was received.

The adjustments to net income from continuing operations for first quarter 2018 totaled $202.0M before tax, mainly because of a $257.0M gain from sale of the Libya partner, partially offset by an unrealized loss of $43.0M on commodity derivatives.

MRO has the market capitalization of $18.29B and its EPS growth ratio for the past five years was -23.30%. The return on assets ratio of the Company was -1.80% while its return on investment ratio stands at -3.50%. Price to sales ratio was 3.58 while 81.20% of the stock was owned by institutional investors.