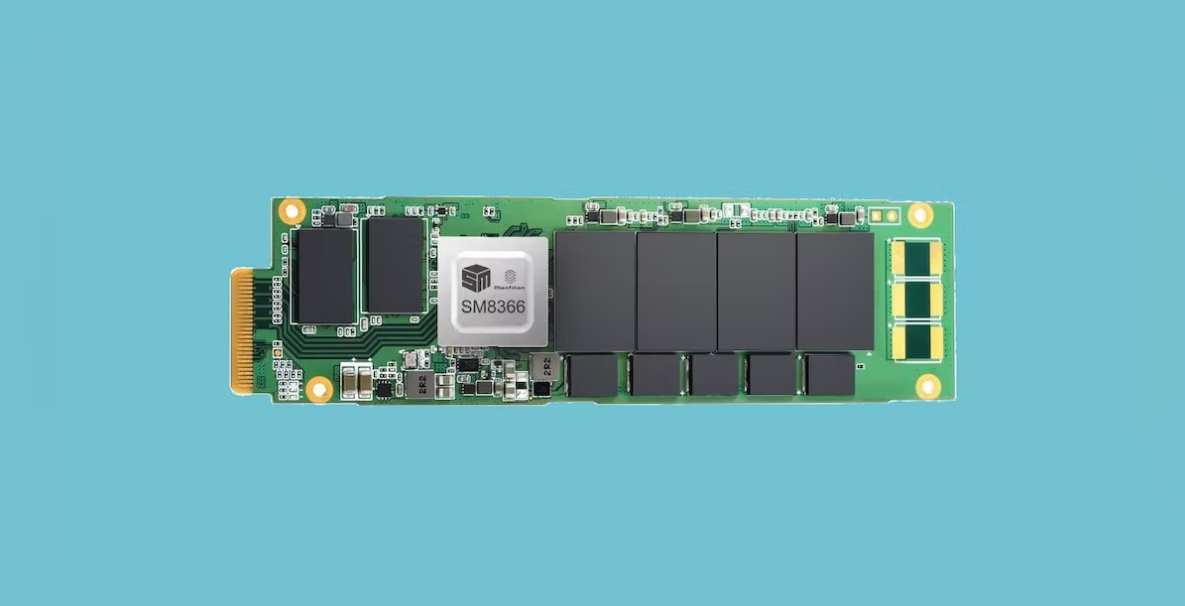 According to ITHome, MTC has started shipping its Zhitai TiPlus7100 solid state drives (SSDs), which are based on the company’s most recent 232-layer 3D NAND Xtacking 3.0 memory and have a 2400 MT/s interface. This demonstrates that YMTC’s most recent 3D NAND memory is currently being manufactured in mass quantities. This memory is essential for producing solid-state drives (SSDs) with a PCIe 5.0 x4 interface that can completely saturate this interface and achieve a sequential read speed of 12.4 GB/s.

The Zhitai TiPlus7100 from YMTC is an M.2-2280 PCIe 4.0 x4 drive with the goal of combining an affordable price with a high level of performance. The solid-state drives (SSDs) are going to be offered in capacities of 512 gigabytes, one terabyte, and two terabytes, with the most powerful model having a sequential read speed of up to 7000 MB/s and a sequential write speed of up to 6000 MB/s.

When it comes to random performance, models with 1 terabyte and two terabytes of storage are expected to provide up to 900K random read IOPS and up to 700K random write IOPS respectively. The fact that the TiPlus7100 drives do not include an SDRAM buffer of their own and instead utilise a buffer from the host’s memory is an indication that we are dealing with a product that is priced cheaply. The 1Tb X3-9070 device not only boasts a bit density of 15.03 Gb/mm2, which by far exceeds the bit density of 1Tb 3D TLC NAND memory ICs with less than 200 layers, but it also features an extremely fast interface that operates at 2400 MT/s.

Micron unveiled their Micron 2550 drives earlier this week. These drives are based on the company’s 232-layer six-plane 3D TLC NAND chips and are stated to have a 14.6 Gb/mm2 bit density. This bit density is higher than that of YMTC’s 232-layer 3D TLC ICs, which have a density of 14.6 Gb/mm2. However, the Micron ICs that are currently being sold have a 1600 MT/s interface. This is sufficient for ordinary drives, but it is not sufficient for ultra-high-performance SSDs that have a PCIe 5.0 x4 interface.