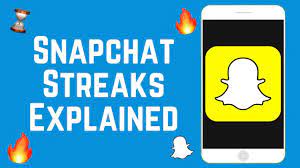 A streak, sometimes known as a “snapstreak,” is a representation of the number of consecutive days during which you and a certain friend have successfully exchanged photo or video snaps with one another.

Read Also: How to Make a Group Chat on Snapchat

What Is a Streak?

Snapchat is a lot more enjoyable to use when you have streaks. Once you have a run of success under your belt, you won’t want to break it! Your snapstreak would be at a count of five if, for instance, you sent a buddy daily snaps for five days in a row, and that friend also sent you daily snaps over those same five days. In this scenario, your snapstreak would reach a count of five.

How to See Your Snapstreaks 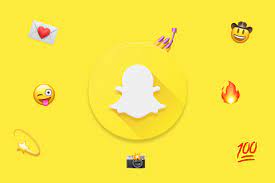 When you are in the chats tab with a buddy, snap streaks will appear right next to that friend’s name. The flame emoji is used to denote the snapstreak, which may or may not be joined by other Snapchat emojis that convey extra connotations regarding your friendship.

How to Make Sure You Keep up With Your Snapstreaks

To keep from losing your snapstreak, you and the friend with whom you are snapping are required to send each other photo or video snaps within a period of twenty-four hours. It’s a group effort, so if you keep your snapping up inside that 24-hour span but your friend doesn’t, your snapstreak will go, and you’ll have to start over from the very beginning!

It is not absolutely necessary for you to be aware of the precise time at which your 24-hour window closes. When your time is almost up, Snapchat will place an hourglass emoji next to your buddy’s name on the conversation tab. This is a gentle reminder that you and your friend need to snap each other as soon as possible.

Interactions That Don’t Count Toward Your Snapstreaks

There are lots of different ways to interact with friends on Snapchat, but most of them won’t contribute to any snapstreaks that you have going. These include:

Chatting: On Snapchat, you can tap any friend’s name to open a chat with them, which may be very convenient, but unfortunately won’t contribute to your snapstreaks.

Posting Stories: If you post a story and friends view it, it will not affect any snapstreaks you have with any of those particular friends who viewed your story.

Sending Snaps to a Group: You’d think that photo and video snaps sent to a group of friends would count toward snapstreaks that you have going with friends who are a part of that group, but nope! Sorry. To keep your snapstreaks going, you’ll have to send snaps to those friends on an individual basis.

Sending Snaps from Memories: Photo and video snaps that have been taken previously and saved in Memories (or uploaded from your device) won’t do anything for your snapstreaks if you send them within your 24-hour snapstreak window, most likely because they’ve been snapped/saved from a different time.

Sharing Content Through Snapchat Spectacles: Got a pair of Snapchat Spectacles? They might make you feel like a super Snapchatter, but again, the video footage you record and share through them will not count toward any of your snapstreaks.

The Only Two Interactions That Count Toward Your Snapstreaks

There are only two things you have to keep in mind if you want your snapstreaks to continue for as long as they possibly can. These are the following:

That brings us to the end. If you can keep in mind to send a photo or video snap to a buddy within 24 hours of your most recent snap interaction, outside of any group snaps, then you should have no trouble maintaining your snapstreaks.