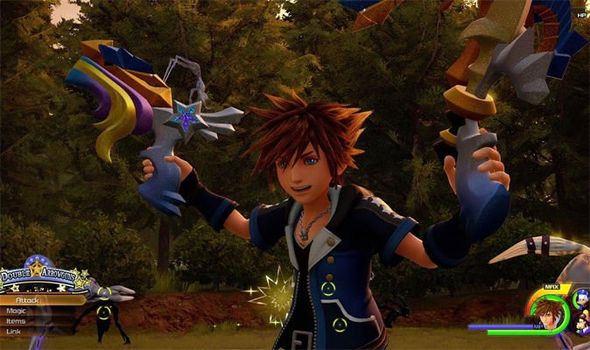 Kingdom of Hearts 3, requires you find and take pictures of Lucky Emblems in several worlds i.e. Kingdom of Corona. Photographing these Emblems will unlock the game’s secret video. Lucky Emblems are not evenly distributed among different worlds. You may have to find dozens for Olympus and Toy Box. On the other hand, Twilight Town does not contain much.

Kingdom of Corona contains 9 Lucky Emblem in total and it can be difficult to find all of them If you don’t know their position already. Don’t worry, we have got you covered. In this article, we are going to you the location of all 9 Lucky Emblems that are distributed in Kingdom of Corona.

How to take picture of Emblems:

You can find a total of 9 Lucky Emblems in Kingdom of Corona. After finding each of them, simply use your photography feature on your Gummiphone in the game. If you don’t know the keys, use touchpad on the PS4 controller and change view button on Xbox one controller.

Picture can be taken with the help of square box button. Don’t forget to adjust the angle and place the Emblem in the center so it may actually count towards your tally. Picture can be zoomed in or zoomed out with the help of left and right trigger buttons. This was all about how you can take the picture of the Emblems. Let’s move on to the more pressing matter of where to find these Emblems.

First Lucky Emblem is not difficult to find at all. You can spot it from the top of Rapunzel’s Tower. Simply, climb up to the top of the tower and look down. You’ll notice a series of rocks shaped like a Lucky Emblem near a massive waterfall. That is your first one. Take a good snap of it.

Second Lucky Emblem in the Kingdom of Corona world of King Hearts can be found in the Marsh area. When you reach the area, start walking in the darkened part of the area. Keep going until you reach a clearing with extra light. Simply turn around and you’ll spot the second Emblem there.

Continue your journey through the forests until you the signs of mines. Third Emblem is situated near the mines entrance. Spot a series of stacked barrels there. Third one in the queue is your prize.

After collecting the third Emblem, exit the forest. As soon as you exit it, you’ll see a bridge that will lead all the way to the Kingdom. Fourth Lucky Emblem is present on the railing of the bridge. If you are still confused it is on the right side of the railings.

Fifth Lucky emblem is present in the Kingdom. Head straight into the town and pay a visit to second archway. As soon as you reach it, take a look at your left and your spot the fifth Lucky Emblem.

Sixth Emblem is not that far away from the fifth one. Keep moving towards the back of the town until you reach the painting of Rapunzel and her parents. Turn left from there and head down to the ramp near the ocean. There will be two large gates on your right side. Left one will contain the Lucky Emblem.

After collecting the seventh Emblem, simply head down from the lighthouse and go to the bridge on your right side. Remember it is the same bridge that enters into Kingdom. On your way to the bridge, you’ll notice a small tower. Take a loot at its tiny door and you’ll easily spot the eighth one.

Ninth Lucky Emblem is not far from the previous one. Keep your path true towards the bridge. Right near the bridge stairs, you’ll spot three barrels placed like an Emblem. And there you have it, your last Lucky Emblem in Kingdom of Corona.

Photos of these Lucky Emblems are used to unlock the secret video of Kingdom Hearts 3. Another benefit of taking photos of these Emblems as that you’ll more reward in the game for having more Emblem photos.

If you are still confused about any step, feel free to ask us in the comments section below.