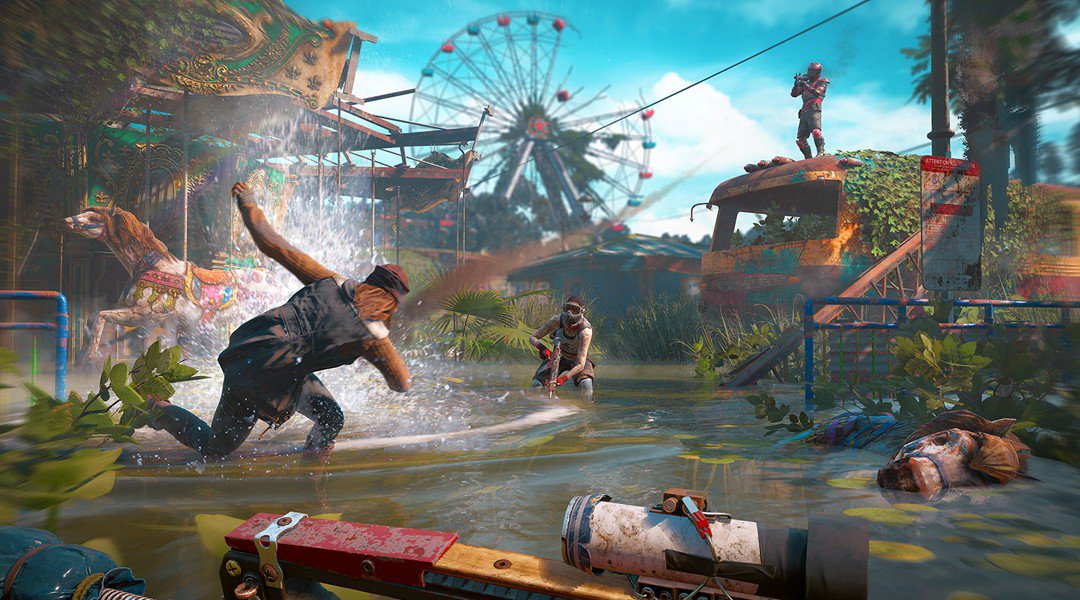 Far Cry series is not new to showing occasional Easter Eggs in the game. But the latest edition in the series: Far Cry New Dawn is giving open hints for another famous game “Splinter Cell”. You can spot the clues on several locations. In this guide we are going to match multiple items and locations that points to a new Splinter Cell game.

You can find clues about the new Splinter Cell game in Far Cry New Dawn on one of the game’s expedition. You have to complete some special missions placed around Hope County. First step to reach Easter Egg is rather easy and simple as you just have to complete the mission till you unlock Government Plane Wreck mission. Far Cry New Dawn is essentially a DLC version of Far Cry 5 (FC5). Its mechanics are pretty much the same. Keep solving the puzzles and unlock the mission where you speak to Roger Cadoret.

When you reach Government Plane Wreck, find your inside by looking around. Now, if you have played Splinter Cell Blacklist, you would instantly recognize the plane as Paladin, Fourth Echelon’s plane from Blacklist. You can also find Sam Fisher’s suit in the room upstairs. That suit can be selected and worn as a special outfit from the inventory.

If the above clue was not enough already, there is more to Far Cry New Dawn that matches it to a new Splinter Cell. In the wreckage of the plane, you find a note stating that Sam Fisher might be alive. Statement on the note is “The Paladin was brought down by a nuclear detonation in southern Michigan,” one note reads; “Heavy casualties. 4 dead. 3 injured. Not sure if this was the nuke we were chasing or something else. All communications are down. Going to look for shelter and wait for the fallout to pass. -SF”.

Then there is another note: “our tech specialist Cole was able to patch us in with the Division team in Chicago. Michigan was not an isolated event. The first nuke hit Malmstrom AFB in Montana 3 days ago. For the next 24 hours every nuclear power in the world unleashed their arsenal. Korea, Israel and Pakistan have all been wiped off the map. Large chunks of China, Russia, the Middle East, Central Europe and the US are gone.”

Do you guys think that developers at Ubisoft are trying to give us a hint or they are just teasing us? Share your thoughts with us in the comments section below.

Anthem Guide: How to Find World Events in the game