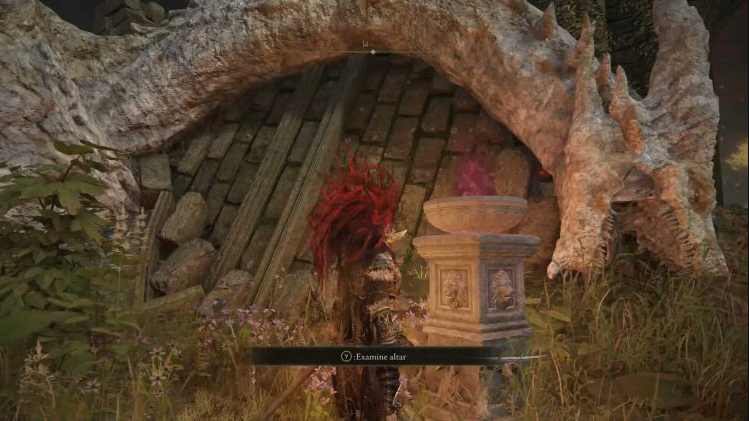 The video game Elden Ring features stunning graphics and a magical open environment that may be explored. The Cathedral of Dragon Communion, located on a small island to the west of the main map, is one of the most stunning locations that players will have access to within the first few minutes of the game. Players will be able to travel there using a boat. This gorgeous small island is not only a spot where players are free to roam and forage to their heart’s content, but it also holds some intriguing secrets. This is the procedure to follow:

Read Also: How to Get to the Academy in Elden Ring

How to Access the Dragon Communion Island in Elden Ring

The players will first need to accomplish a few tasks before they will be able to travel to the Island of Dragon Communion and enter the cathedral that is situated on that island. Players can start their trek to the island as soon as they enter Limgrave, the game’s first open world section. From there, they can continue on to the island. It is recommended that players start travelling in a northwesterly direction until they find a trail leading down to the beach below, where they can move closer to the island.

To reach the island, you must go through the cave rather than the water

It shouldn’t come as a surprise that entering the shallow water to reach to the island quickly and easy will result in the player’s instant death. The message “You died” that appears across the screen is instantly recognisable, thus for players to avoid seeing it, the cave that is placed inside the cliffs that face the island must be entered. After making their way through the entrance, players will find themselves in Coastal Cave, the game’s first cave dungeon.

To get to the island, you’ll have to fight your way through the Coastal Cave

Inside Coastal Cave, players will face off against a large number of adversaries, therefore they need come prepared. After a certain amount of time has passed and all of the foes have been vanquished, the players will finally enter the boss’s chamber. After the players have vanquished the two monsters within, they will be able to proceed down the tunnel that is located on the opposite side of the boss room, which will allow them to reach the island.

Players have the option of going to the Cathedral, where they will find an altar, to make a sacrifice of dragon hearts in order to earn skills such as Dragonmaw, Dragonfire, and Dragonclaw. Players can also go to the Cathedral to harvest materials. On Dragon Communion Island, players are safe to roam about and investigate without fear of being attacked by any hostile NPCs.

Why can’t I use Dragon Communion Elden Ring?

You may fix the mistake where the Dragon Communion Altar is not operating by purchasing the three incantations from the Church of Dragon Communion and then navigating to the Grace Site of the Cathedral of Dragon Communion. After then, you will need to make use of the Pass Time feature and interact with the Altar once more without paying attention to the knight who is patrolling the area.

How do I join the Dragon Communion Elden Ring?

Elden Ring’s Walkthrough for the Church of Dragon Communion

You won’t be able to enter this zone until you have defeated the boss in Coastal Cave in western Limgrave and made your way through the rest of the cave. At the Church of Dragon’s communion, there is not much for players to do until they have fought and vanquished Flying Dragon Agheel, at least not before that point.

What item do I need for Dragon Communion?

Where is the Dragon Communion Church?

It is necessary to travel via the Coastal Cave located on the shore to the south-west of Limgrave in order to get to the Church of Dragon Communion (starting region). It is ready to use right from the start of the game. You will need to travel via Coastal Cave in order to reach the Church of Dragon Communion, which is located on a small island just off the coast of Limgrave.

How to Fix Grand Theft Auto v has Stopped Working