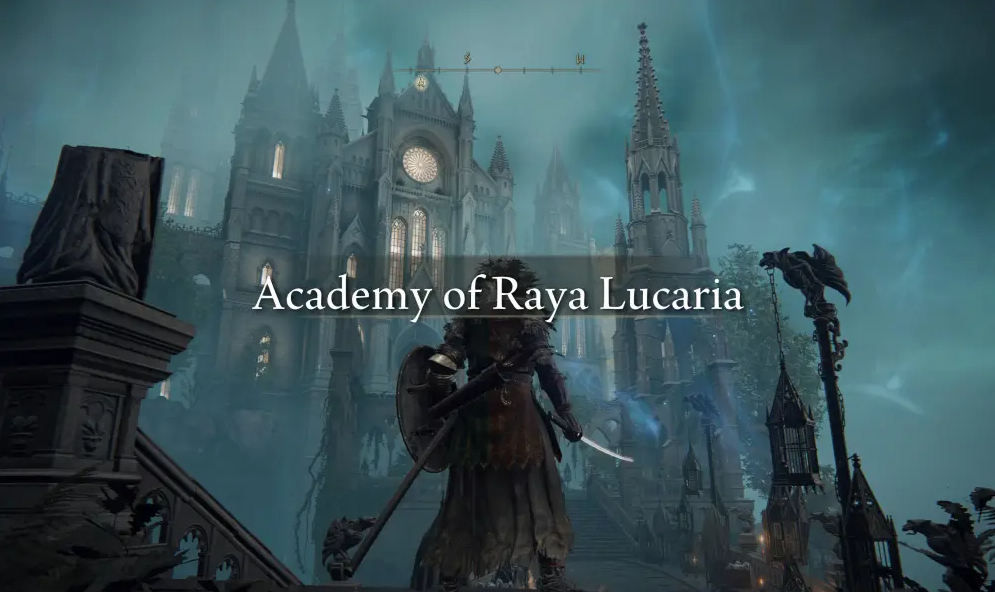 As you make your way further into Elden Ring, which mostly means making it past Stormveil Castle, you will find an increasing amount of content for you to investigate and discover. The Academy of Raya Lucaria is likely one of the discoveries that will prove to be among the most fascinating aspects of this exploration. If you choose to ignore all of the side quests and go directly through the main story, you won’t be able to find this area. You will be appropriately compensated in Elden Rings for those of you who choose to stray from the well-trodden path and make an effort to explore the Academy.

Sorcery is taught in the Academy of Raya Lucaria, also known simply as the Academy. As opposed to the most of the game up to this point, which consisted primarily of close-quarters combat, all of the locals here are of the magical variety and fight using spells rather than melee weapons. In addition, you will have to contend with some difficult bosses, get some useful loot, and meet some fascinating platforming objectives. This is the route you need to take to go to the Academy in Elden Ring.

Read Also: How To Get The Lightning Spear In Elden Ring

You will need to be at the city of Liurnia of the Lakes in order to proceed with your journey to the Academy. This is the territory that can be found directly to the north of Stormveil Castle. You can pick up a map of North Liurnia if you take the main road into the northwest region and head toward a foggy lake in that general direction. If you continue travelling in a northwesterly direction, you will reach an area that has structures that have been submerged. Follow the road it lays out and you will eventually arrive to a military encampment that defends the bridge leading to the academy if you keep going in the same direction. Defeat all of the foes in that area, then climb the stairs to the bridge while defending yourself with the enormous blue shield.

You need to grab the item off of the dead body first before you can proceed to the shield. The following will be a map of a meeting location, and you will need to determine the coordinates to go there. You’ll be relieved to know that the map provides an outline of the route you should take. You are essentially looking for the first island that is directly to the west of the island that houses the Academy. There will be a dragon on the island known as the Glintstone Dragon Smarag. It is not necessary to engage it in combat because all you need to do is loot the dead body that is located behind it. This will award you with the Glintstone Academy Key, which you can employ to break through the barrier protecting the grounds of the academy.

Now, simply use the Site of Grace’s fast travel system to return to the bridge, use the key on the barrier, and you will be allowed entry into the Academy. It is strongly suggested that you proceed right into the building rather than going via the smaller blue barrier that may be found on the grounds. This will bring you to a new area once you follow it. You will start the Academy quest if you go inside the building at this point in the story.

Where is the Academy in Elden Ring?

Liurnia area
The Raya Lucaria Academy is a primary dungeon in the Elden Ring game that can be found in the Liurnia section of the world. Players will find that they are unable to enter the Academy the very first time they come across it since they are required to first decipher the code for the South Raya Lucaria Gate.

How do you get into Raya Academy Elden Ring?

Discovering the location of the Academy Glintstone Key and employing it to break through the barrier is the one and only means to enter. To locate it, you will need to retrieve the map from the body of a dead person that is located close to the main gate that is protected by a barrier. The map contains the coordinates of where the key can be found.

Is the Academy mandatory Elden Ring?

What is the hardest boss in Elden Ring?

In spite of the fact that she is not nearly as intimidating as Starscourge Radahn, Malenia is almost universally acknowledged to be Elden Ring’s most challenging boss.