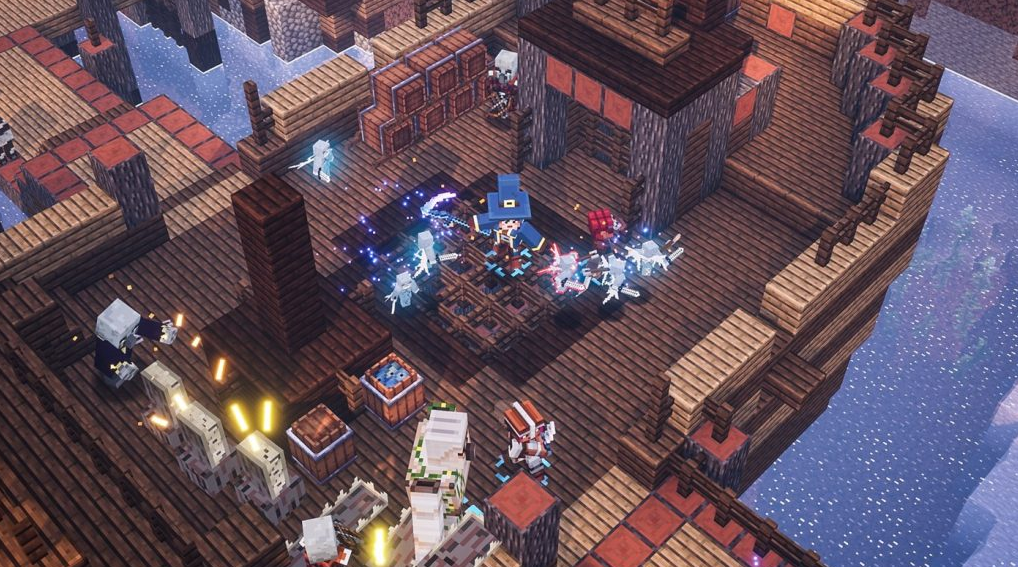 The Minecraft Dungeons game features a number of levels that may be unlocked to reveal secret levels. In order to access these hidden quests, you will need to search for maps as you progress through the game. Even though the levels in Minecraft Dungeons are generated at random, there are several things you should keep in mind if you want to locate them as quickly as possible. These recommendations can help. The following is a walkthrough that will show you how to unlock every hidden level in Minecraft Dungeons. So let’s get started:

Read Also: How to Find Ancient Debris in Minecraft 1.18

After completing Squid Coast, the next primary level in Minecraft Dungeons is Creeper Woods. It is possible to locate Creepy Crypt when adventuring in Creeper Woods. Although the location of the entry to the Crypt is different every time you play, there are a few things you should keep an eye out for. In the course of your exploration of the forest, you can find a locked door that has a button on it. When you press the button, the door will open, and you will see a new location on the map. Once you’ve entered, look for a pedestal with the map for Creepy Crypt on it.

Players have the opportunity to find another hidden level called Soggy Cave while they are exploring the level called Soggy Swamp. In the same way that the entry to Creepy Crypt in Creeper Woods is random, the entrance to this level is also random. During your travels in the Soggy Swamp, you will need to keep a sharp eye out for a moss-covered cobblestone temple that is tucked away off the main path leading to the objective. After you have located the temple, you should go inside where you will find the map of the Soggy Cave sitting atop a pedestal. Take it with you to the next level to unlock the hidden one.

Inside of Pumpkin Pastures is a hidden level that goes by the name of Arch Haven. Its location is likewise chosen at random, but it is considerably simpler to find because the entrance is located on a massive ship. This makes it stand out more. Keep a sharp lookout for a massive ship as you make your way through Pumpkin Pastures. During the course of the level, a couple of them will spawn, and one of them might hold the door to a room that has the Arch Haven map. This ship had a chance to spawn in a number of different locations spread over the level. It is interesting to note that it is possible for the ship to spawn along the primary path even as the objectives are being pursued. At any case, if you are having trouble locating it in Pumpkin Pastures, you should make it a point to investigate every corner and cranny of the area.

Lower Temple was not included in the final version of Minecraft Dungeons despite the fact that it was referenced in the game’s files and was featured in the launch guidelines for the original release of Minecraft Dungeons. On the other hand, at the same time that Mojang published the game’s first paid expansion, it simultaneously published a free update that made the Lower Temple level available to all players. It is necessary to investigate the Desert Temple level in order to find the map of the Lower Temple. Continue forward after utilising the Golden Key until you reach the section, at this point you should pause briefly to check the outside boundaries of the map. You should come across a door that leads to a different region. Proceed through the door to get the map of the Lower Temple. On the other hand, you can’t just pick it up right away. To begin, you will need to turn on three of the beacons that are located around this region. After you have activated all three of them, a bridge will appear that will allow you to take the map for Lower Temple, so allowing you to access the hidden level. After entering Highblock Halls for the first time, continue forward until you reach a point where the route divides into two sets of enormous stairs on either side. Go downstairs and have a look in the space between the stairs. You can come upon a wall that is blocked off on either side by a shield. Engage in some activity with one of the shields in order to reveal a concealed doorway. Enter the building to locate the map that will lead you to the Underhalls and unlock the top-secret level. After gathering all of the Runes, you will need to bring them to a Church that is located in your Camp in order to activate the hidden cow level.

How many secret levels are in Minecraft Dungeons?

five secret levels
This section of our Wiki Guide provides a step-by-step tutorial on how to locate and access all five hidden levels in Minecraft Dungeons.

Does every level in Minecraft Dungeons have a secret level?

In Minecraft Dungeons, both on the main continent and on the islands that surround it, there are a lot of levels that are hidden from view. These hidden levels are not easy to find, and there is no assurance that you will be able to discover their location while you are playing.

The short answer is that this mod adheres to the broad understanding of Hypixel’s rules, does not alter packets in any way, and is highly unlikely to result in a ban. However, as is the case with other mods, you should use it at your own discretion and risk.

What is the biggest secret in Minecraft Dungeons?

The secret cow level in Minecraft Dungeons is the most well-kept secret of all the game’s hidden areas. The task of gaining access to this location, which requires the completion of nine runes, all of which are concealed within the game’s nine primary tasks, is likely to be the one that requires the greatest investment of your time.

How to Access the Dragon Communion Island in Elden Ring

How to Change the Dialog for NPC in Minecraft