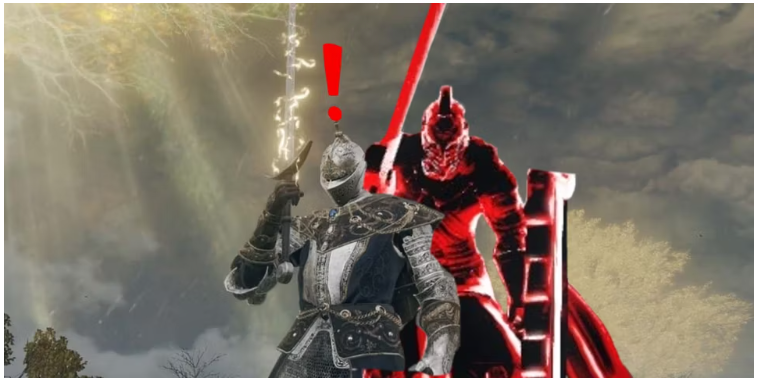 A critical hit is scored by using Backstab in Elden Ring. This scales with the critical damage scale of the weapon as well as the level of the weapon. More damage will be dealt to the adversaries while using a weapon that has been fully upgraded and has a higher critical damage stat. You can significantly increase the damage done by your backstabs by using specific weapons and talismans. The following is a guide on how to do a backstab in Elden Ring.

Read Also: How To Get Poison Mist Spell in Elden Ring

How to Backstab Enemies in Elden Ring You may backstab adversaries on any platform that Elden Ring is available on by following the guide that is provided here.

Despite the fact that the controllers for the Playstation 4 and Playstation 5 are different, the button layout is the same for both controllers. R1 serves as the button for the light attack on both the PlayStation 4 and 5. If you are standing behind an opponent and hit this button, your character will perform a backstabbing attack on the adversary.

Both the Xbox One and the Series X/S use a controller that is functionally equivalent to one another. You can backstab an enemy by moving behind them, pressing the RB button, and then attacking them from behind. You can also backstab an enemy by hiding in a bush or behind a corner and waiting for them to turn their back to you so that you can backstab them. Enemies cannot see players who are hidden in bushes.

To perform a backstab on a foe, gamers using a personal computer will need to right-click their mouse buttons. Because buttons mapped to the keyboard and mouse might be a bit of an annoyance, we strongly advise PC players of Elden Ring to make use of a gamepad in order to get the most out of the game.

Backstabs are considered critical hits and deal critical damage to the target. With the assistance of a very helpful talisman known as the Dagger Talisman, the damage that can be dealt can be boosted. Not only does this talisman improve the damage done by a backstab, but it also increases the overall critical damage done by 17%. The Volcano Manor is the location where one can find the Dagger Talisman.

Beginning at the waygate that will transfer you to the Audience Pathway in front of Rykard, Lord of Blasphemy, proceed on. Turn around and proceed to the upper floor. In order to get past the fog gate, you’ll need two Stonesword Keys. After entering the room with the hanging cages, proceed to the right and descend. If you continue along this road, you will locate the Dagger Talisman lying on a dead body. How to Make a Bed in Minecraft

How To Farm Neutral Element in Destiny 2