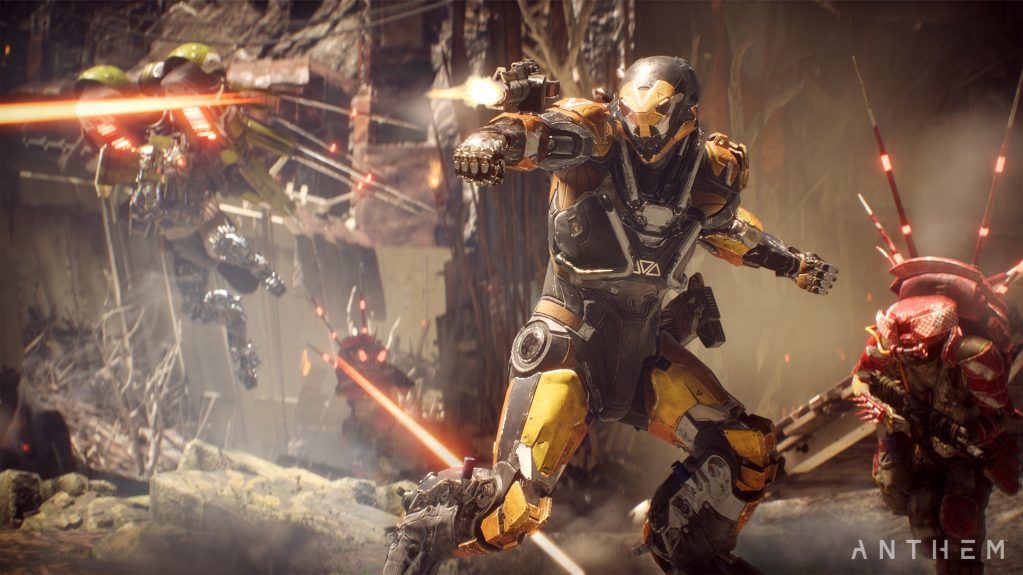 Since Anthem is now available to players who subscribe to Origin Access Premier, it is reasonable to assume that there are a significant number of Freelancers who are in the process of looking for some reliable weapons with which to augment their Javelin loadouts. It is possible for a player to acquire a Masterwork weapon through loot drops, as well as through the crafting system. Masterworks are considered to be among the game’s most powerful weapons.

If an Anthem player has a Masterwork weapon that they obtained via a loot drop but is unhappy with the gun’s stat roll, they can use crafting to create a new version of the gun that has a different set of stats that are randomly produced. Having said that, the creation of a Masterwork requires the use of a blueprint, and players won’t be able to access the blueprint for this level of weapon rarity until they have successfully completed a specified task involving the utilisation of that particular firearm.

Read Also: How to Switch Weapons in Anthem

You will be able to use the Forge in Fort Tarsis in order to create items. Choose between Primary or Backup weapons by clicking the “Weapons” menu option. Clicking on the Crafting tab will bring up a list of all the different weapons that you can make. While you are exploring Bastion in Freeplay or a mission, you will have the opportunity to acquire weapon parts from containers. When you salvage unwanted weapons, you also get the parts for those weapons. In order to craft these, in addition to the Blueprints, you will also need to have Masterwork Embers in your possession. You will not have the ability to construct legendary weapons, in contrast to the other rarities of weapons. Legendary Weapons can only be obtained through the random loot drops that occur in the Bastion zone.

Can you upgrade weapons Anthem?

You might not even be aware that Anthem allows you to improve your weapons and cooldown talents, but you can do so. I’m not talking about coming across better loot, although that does happen occasionally; rather, I’m referring to really improving a weapon or piece of equipment that you already have in your inventory.

Is masterwork or Legendary better Anthem?

Which is the best javelin in Anthem?

This streamlined suit is the fastest of all the Anthem Javelins, and it enables you to get up close and personal with your opponents. It has chained dashes that allow it to dodge in and out of combat, and it is equipped with blades that allow you to decimate adversaries with swift and lethal close combat assaults. It is capable of dodging in and out of combat.

How to Start a Disney Plus Watch Party on Mobile