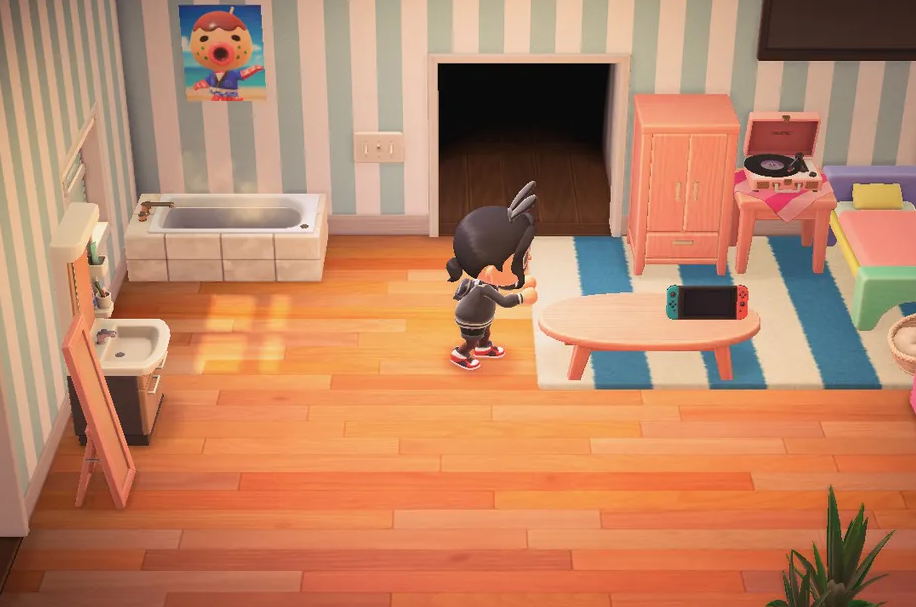 Players have access to a level of personalization in Animal Crossing: New Horizons that has never been seen before. Players have the ability to customise every aspect of the game to suit their preferred style of play, from the clothing they wear to the landscape they explore to the way they look at any given point in the game. This becomes even more apparent when players unlock the ability to personalize the furniture that they have crafted or purchased and use it in their homes.

The ability to alter the look of items by using a crafting table and various customization kits can be unlocked for players at some point in the game. Animal Crossing has made it simple for players to distinguish between items that can and cannot be customized, despite the fact that not everything in the game can be altered in some way. Even some tools can have their appearance altered. Players will be able to learn how to customise their items and unlock new customization options with the assistance of this guide. So let’s get started:

Read Also: How to Customize Your Reaction Wheel in Animal Crossing

After players have constructed Nook’s Cranny and three homes for Tom Nook on the island, they will be able to customise their items. This unlocks the ability to do so. Nook will make an announcement regarding the opening of a new workshop as soon as the first new villager arrives on the island. This workshop will teach players how to modify their own do-it-yourself creations. If the player has a conversation with Nook and inquires about the workshop, he will give the player a do-it-yourself recipe for a wardrobe, which the player must then use to create the item. The recipe for the wardrobe requires twelve pieces of normal wood, which can be obtained by chopping down trees.

Once you have completed the construction of the wardrobe, return to Tom Nook and speak with him once more to receive fifty customization kits. In order for Tom Nook to be able to unlock the feature for players to use on other items, they will need to personalize the wardrobe that is located inside the Resident Services tent.

It is required that players have Customization Kits in their inventory in order for them to be able to modify the appearance of the things they use. These are the little yellow boxes that may be purchased from Nook’s Cranny by players for a total cost of 600 bells each. However, due to the fact that Tom Nook gives players a total of 50 Customization Kits during his workshop, they should have enough items to last them for some time. There is a certain amount of kits need to pay for each customization. To personalize, larger pieces of furniture will cost more kits, while more affordable tools and smaller pieces of furniture will just cost one. The piece of furniture that the player wishes to customise must also be in the player’s inventory at the time of the customization process. When a player approaches a crafting bench, they will now have two options to choose from, one of which is an opportunity to customise a project that they have created themselves. After selecting this option, players can choose the piece of furniture from their inventory that they wish to personalize and continue with the customization process.

The player will then be presented with a menu that contains numerous alternatives from which they can select in order to modify the colour or appearance of the piece that they have selected. They will first need to choose the option that they desire, and then they will need to push the “+” button to validate their choice. It is essential to take note of the fact that products that have previously been modified can be re-customized on an indefinitely repeatable basis.

Which Items can be Customized

It is simple to determine which goods can be personalised, but that does not apply to all of them. In the DIY Recipes app on the player’s Nook Phone, a paintbrush icon will appear next to the recipe for things that can be altered. Before crafting an item, players will be able to view its potential customization options with this feature.

Players can check to see whether they are able to personalize goods that they are unable to craft or do not have the recipe for by opening the customization item select menu at a crafting bench and checking if the item can be selected from the list of available items. If the item may be personalized, a check mark will appear next to it; otherwise, it will be deactivated and appear greyed out.

What is the rarest object in Animal Crossing?

Due to the fact that it is so hard to come by, the Royal Crown is an accessory that is considered to be the most precious thing in New Horizons. The Royal Crown is an item in Animal Crossing that can be purchased from the Able Sisters’ Shop. However, in order to get their hands on this really royal Animal Crossing product, players will need to pay a staggering amount of 1,200,000 Bells.

Can you customize fridge in Animal Crossing?

In Animal Crossing: New Horizons, one of the houseware items that may be customised is called the Refrigerator. This device functions as a wardrobe, giving the player the ability to swap out the garments they are currently donning and personalise the ensembles they have saved on their wand.

Who is the hardest villager to get in Animal Crossing?