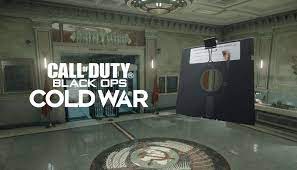 The Decrypt Floppy Disk aim is part of Operation Chaos. It is the goal of this tutorial to walk you through the process of decrypting the floppy disc in Call of Duty Black Ops: Cold War so that you can discover the code and passphrase that will allow you to solve this small puzzle for yourself.

The actual code and passphrase required to access and decrypt the floppy disc are likely to be different for each individual player. Therefore, we will provide you with everything you need to complete the puzzle on your own, just in case your solution differs slightly from ours. If you have any questions, please contact us. There is a prerequisite before you can accomplish this, and that is that you must have obtained all of the necessary proof.

Read Also: How to Get CP in Call Of Duty Mobile

We have a comprehensive evidence guide, so if you’re having trouble locating the right evidence, make sure to consult it. But this straightforward description of where to obtain each piece of evidence should be plenty….

Having all three pieces of evidence is the deciding factor in whether or not to proceed. You should now be back at the base and should interact with the mission board, selecting the Operation Chaos mission at the top of the list. Then choose Examine Evidence from the drop-down menu. 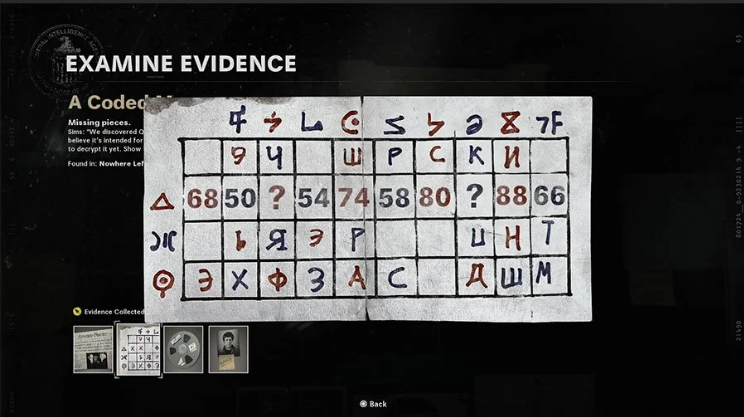 A coded message is the first item of evidence you should look at, and it is the most important piece of evidence. On the first row, there is a mixture of red and blue numbers, as well as some? icons. You must locate the numerals that are missing from the sequence. For example, my note above has the numbers 68 (Red) and 50 (Blue). 64? (Red) 54 (Blue) 74 (Red) 58 (Blue)? (Blue) 88 (Red) 66 (Orange) (Blue). Because the red numbers are listed first on my notes, I must first locate the missing red number before locating the missing blue number. 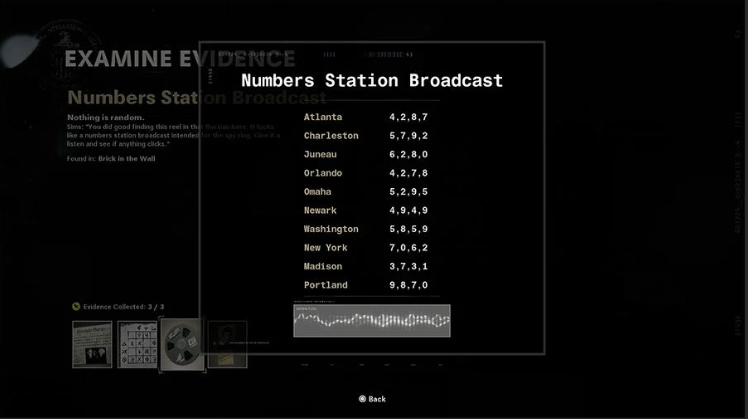 Now it’s time to look into the Numbers Station Broadcast crossword clue. As you can see, each city is assigned a four-digit code, which you can see here. I had the code for New York as 7,0,6,2, which was exactly the same as the 7062 code I had received from the first clue. 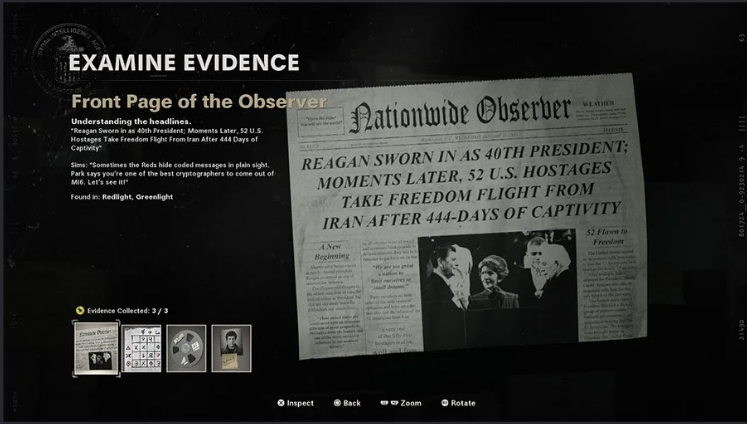 Last but not least, it is time to examine the final clue, which is the Front Page of the Observer hint. If you look closely at the clue, you will notice that certain letters are highlighted in red. The letters were R, H, N, L, S, E, O, T, C, and A for me. Combining those letters together will spell out one of the cities in the Numbers Station clue; for me, it was Charleston, which is represented by the number 5792.

So I’ve gotten everything I’ve needed. Return to the Floppy Disk and pick the Decrypt option. The code is the final clue from the newspaper, which is 5792, and the passphrase is the city from the first clue, which in my case is New York, as shown in the image below. So, finally, I enter the numbers 5792 and New York, and the Floppy Disk is decrypted.

How to Destroy Floppy Disks

What Is a Floppy Disk Drive?