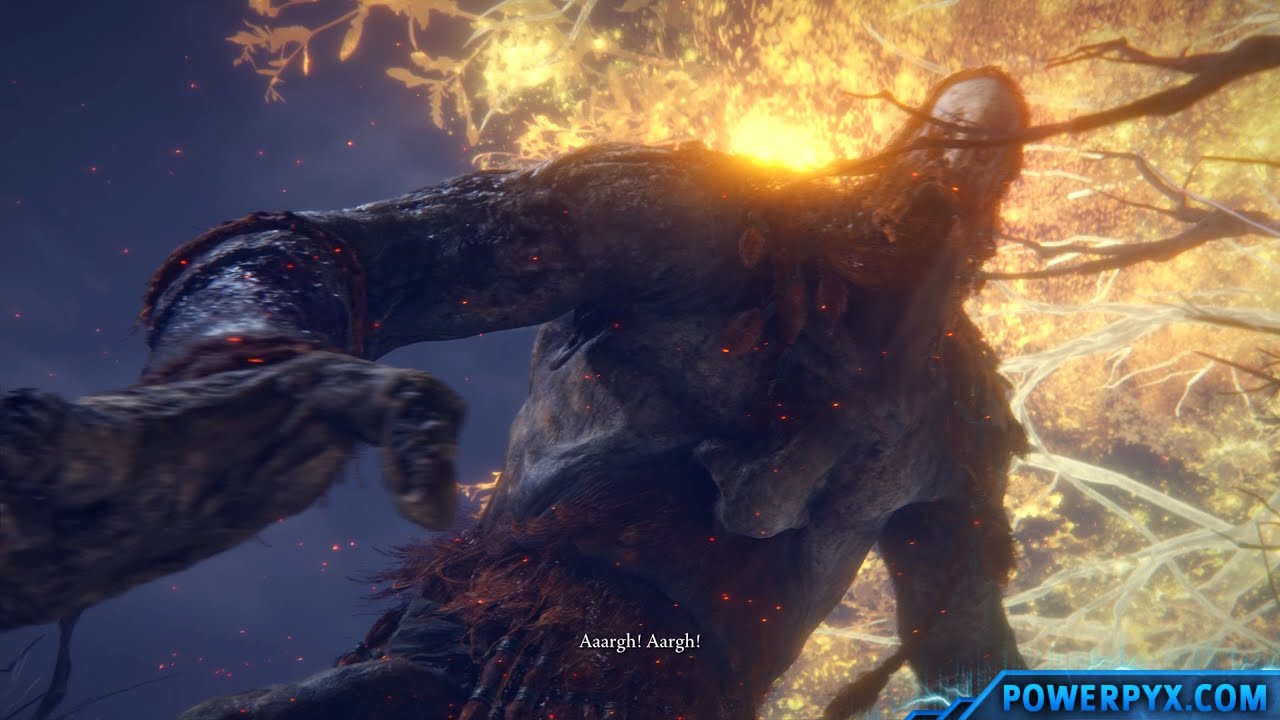 The final obstacle that the Tarnished must overcome in the Mountaintops of the Giants before lighting fire to the Erdtree is one of the most memorable main plot bosses in Elden Ring. It is necessary for the player to travel along the frozen lake and up onto the higher plateaus in the southern region of the mountaintops in order to reach the Fire Giant.

A vast valley will be directly adjacent to the Forge of the Giants, which is where the Fire Giant will be located. This gigantic beast has been cursed by Queen Marika herself, and as a result, it is probably quite angry. In order to fight him, the Tarnished will need to keep moving at all times and use his massive size against him.

Read Also: How To Get To The Church Of Inhibition In Elden Ring

The Fire Giant possesses a number of benefits, most of which contribute to the fact that he is able to finally smash any Tarnished that attempts to get too close to him. A significant portion of his strikes, much like the Elden Beast’s, put distance between themselves and the player. This places him in a position to use his ranged attacks, which are responsible for a significant amount of damage. In his first and second phases, he will use all of these assaults, so be on the lookout for them. The second phase sees the Fire Giant amputate his own leg, awakening the Fell God within him and giving him a terrifying third eye in exchange for increased damage and deadly area-of-effect assaults, but at the cost of mobility. In order to swiftly dodge these strikes, the player should activate Torrent. The Tarnished, if he is utilising a Melee build based on Strength or Dexterity, should focus on using Torrent to approach near, dismount, and attack him with invincibility frames. The Tarnished can reduce the Fire Giant’s attacks by staying behind him and whacking at his legs.

For the first part of the fight, the player merely needs to keep targeting his ankles, as they would against many other huge adversaries, to prevent the boss from using his more damaging ranged attacks. Staying in close range with the Giant in his second phase is quite tough due to his many area-of-effect attacks, so using Torrent to gain distance and then swooping in for a quick assault before fleeing is essential. Using spells like Azur Comet, the Tarnished can strike the Giant’s weak places from a farther distance, making this tactic simply a more forgiving variation of the melee method. This will allow the Tarnished additional room to manoeuvre in combat and shield themselves from some of the AOE assaults coming from close range.

These spells, when combined with a strong summon like the Mimic Tear or Black Knife Tiche, can quickly dispose of the behemoth. Although his broader move set makes him more unpredictable in the first phase, the player has a much better chance of defeating him in the second phase when he has significantly less health.

What level should I fight fire giant Elden Ring?

The recommended level for the Fire Giant is somewhere about 85, with fully upgraded weaponry. Because of his position as a late boss in the standard order of Elden Ring bosses, you will require a sufficient number of upgrades to do respectable damage to him. Against the Fire Giant, you should feel confident using any spirit summon that relies on range.

Do you have to fight the fire giant in Elden Ring?

Can you Scarlet rot the Fire Giant?

Fire Giant deals significant damage, but strengthening your resistance to fire and physical attacks with these talismans will help mitigate some of that damage. The Fire Giant is vulnerable to the effects of both poison and crimson rot.