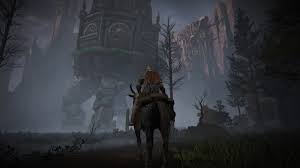 When you defeat a large boss in Elden Ring, you’ll get their Remembrance (similar to a boss soul in Dark Souls), and you’ll have the chance to make a copy of it. You can now claim not one, but both of the Remembrance’s potential benefits. For players who desire to power stance (dual wield) a certain boss weapon for maximum DPS, the additional Remembrance can be used to get the same prize twice.

Elden Ring, like the rest of the game, doesn’t specify where or how you can replicate Remembrance. Fortunately, you won’t have to stress over it because we’ve put together a comprehensive tutorial that will teach you all you need to know about making copies of Remembrance in Elden Ring. The process of duplicating Remembrance in Elden Ring is straightforward, despite the fact that it cannot be repeated indefinitely. The first thing that needs to be done is to search for Walking Mausoleums, which have the appearance of enormous “land turtles” and may or may not have bells located underneath them. The first of these monsters that players are likely to come across is the one that can be found in the western part of the Weeping Peninsula region in the large open field there. Other examples of these creatures can be found all over the map of Elden Ring, but this one is the most likely to be encountered by players. This site is depicted in the map that is located above.

Once you have located a Walking Mausoleum, you will need to mount your mount and use your weapon to remove the white spots that are distributed over the Walking Mausoleum’s legs. You need to make sure that you stay away from its feet whenever it is stomping around or jumping and then slamming into the ground, as you will perish if you get trodden on or crushed by it. After you have “cleaned” the creature’s legs, it will lower itself to the ground, exposing a staircase that leads to a door on its back. Turn the key to unlock the entrance, and then step into the Walking Mausoleum. There is a little room on the inside that has a sarcophagus in the middle of it that holds a dead body. Engage in conversation with the corpse in order to decide which of its Memories you would like to replicate. When you have a duplicate of it, you can select your boss item by taking it to the Finger Reader NPC at Roundtable Hold and presenting it to them. Take note that in order to make further copies of a Remembrance after you have already done so, you will need to locate an additional Walking Mausoleum. Duplicating your memory should only be done if absolutely necessary because there is a limited supply of Walking Mausoleums in the Lands Between. How many times can you duplicate in Elden Ring?

Can you duplicate remembrance of the full moon Queen Elden Ring?

At a Walking Mausoleum, it is possible to make copies of remembrances. You are only allowed to make one copy of each memory within a mausoleum, and you can only do it once.

Why can’t I select a remembrance to duplicate?

Can I duplicate all remembrances?

Remembrances are loot items that can be obtained as drops from shardbearer bosses such Astel and Rykard. Because the Wandering Mausoleums in Elden Ring allow you to duplicate these items, you are able to obtain two of each type of Remembrance. The hitch is that there are a great many more Remembrances than there are mausoleums, and certain mausoleums are only compatible with a select few of the available Remembrances.