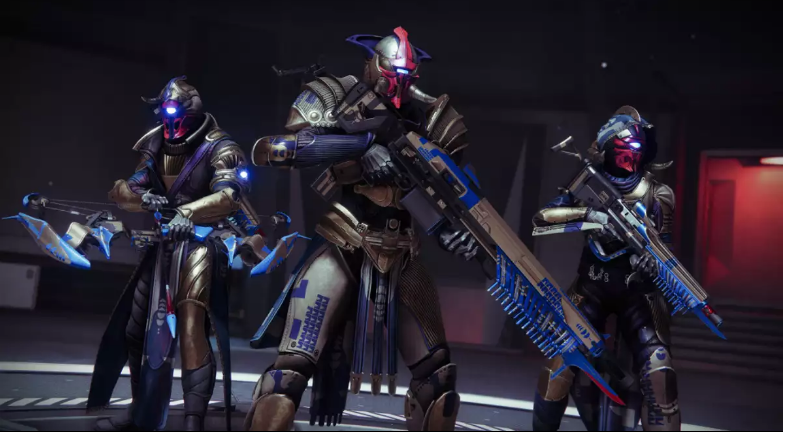 Piece of Mind is the name of the new Pulse Rifle that was added to Destiny 2 as part of the Season of the Risen DLC update. Piece of Mind is a brand new rapid-fire pulse rifle, a sort of weapon that has had a lot of success in the past and appears to be on course to continue that trend. Piece of Mind was designed by the same team that developed the Piece of Mind. Today I’m going to go into the statistics of Destiny 2, as well as the god roll guide for both cooperative and competitive play, and I’m going to study how to get Piece of Mind as well. So let’s get started:

Read Also: How to Make The Under Your Skin God Roll in Destiny 2

The process that players will need to go through in order to acquire this weapon will be somewhat laborious. In order for players to receive their first roll of the Piece of Mind pulse rifle, they will need to achieve a ranking of at least level 45 in the season 16 battle pass. This can be easily achieved by completing the Season of the Risen’s Challenges in Destiny 2, which, when accomplishment, offer significant amounts of XP. After a player has unlocked a weapon through the use of a battle pass, they will be able to get random rolls of that weapon by completing Psi-Ops Battlegrounds and opening the activity chests that are unlocked at the conclusion of those battlegrounds. In addition, once players have earned a high enough rank with Saladin in the Helm, they will be able to focus their Umbral Engrams into random rolls of the Piece of Mind from the Helm. This ability will become available to them once they have unlocked it.

After getting two different variants of the weapon to drop with Deepsight Reconnaissance, players will be able to unlock the Piece of Mind for crafting at the Relic on Mars. With the new weapon making system in Destiny 2, players will, however, not be able to immediately equip their weapons with the most advantageous bonuses right away. Instead, players will be tasked with extracting the weapon designs for the Relic in the same manner in which they levelled up the manufactured Piece of Mind to increase its level. As soon as the weapon reaches level 14, the player will have access to all of the weapon’s qualities in the Relic, including Adrenaline Junkie, Overflow, and Perpetual Motion. Is piece of Mind good Destiny 2?

Piece of Mind is only one of the numerous brand-new weapons that made their debut in the Season 16 of the Witch Queen expansion for Destiny 2, which was known as Season of the Risen. It is considered to be a versatile primary weapon, an excellent means to give both computer-controlled adversaries and player-controlled enemies their just desserts in the form of magical space bullets.

What is the PVP God roll for peace of Mind?

The following is a list of the finest combinations to go for while participating in PvP: Extended Barrel has a -9 handling penalty but also provides a +10 increase in recoil and a +10 increase in range. The use of Ricochet Rounds allows for greater Range as well as Stability. Increasing the temperature to improve both accuracy and stability while also reducing recoil

What is the best helmet in Destiny 2?

The Crown of Tempests is without a doubt the best Exotic helmet available to Arc Warlocks, and one might make the case that it is superior to the recently introduced Fallen Sunstar helmet. The Crown of Tempests is simply a bit more adaptable than other headpieces because it enables players to quickly regenerate their skills if they score the killing blow with arc powers or with a jolt.

Is the mind the best weapon?

The human mind is our most potent tool, and the decisions we make are a direct reflection of the thoughts we entertain. Due to the fact that they are God’s words, they have an unmatched level of authority. You need to train your mind to be a warrior and have faith that God will lead you through the anxiety caused by the uncertainty and the isolation caused by the environment around you.

Can you craft piece of Mind Destiny 2?

After getting two different variants of the weapon to drop with Deepsight Reconnaissance, players will be able to unlock the Piece of Mind for crafting at the Relic on Mars. With the new weapon making system in Destiny 2, players will, however, not be able to immediately equip their weapons with the most advantageous bonuses right away.