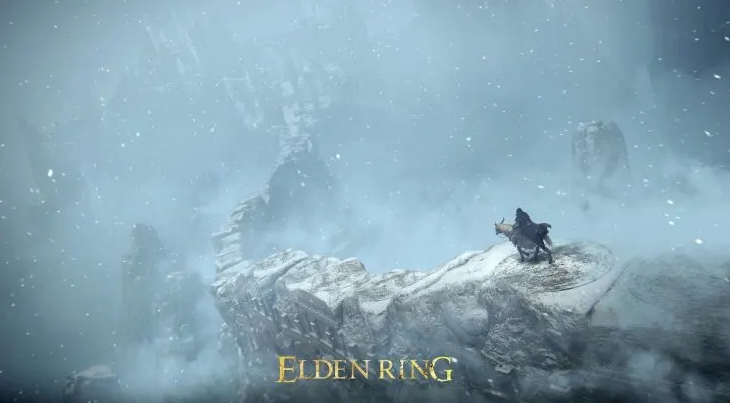 Read Also: How to Cure Poison in Elden Ring

1. You must continue through the story in order to reach Liurnia of the Lakes.

2. The Village of the Albinaurics may be found in the region’s southeastern corner, so head in that direction. 3. From the Site of Grace, climb the relatively steep slope in order to defeat the foggy foe.

4. After you have passed him, continue to your right and keep an eye out for a pot. It will expose Albus the Albinauric if you roll into it. Just before he passes away, Albus will hand over the other half of the medallion that belongs to the Haligtree. 5. From the Laskyar Ruins, proceed in the direction of the west to locate the dungeon in the Lake Crystal Cave and clean it out. 6. After you have completed the dungeon, you will meet Latenna the Albinauric, who will tell you that the other half of the medallion may be found at Castle Sol, which is located in the Forbidden Lands.

7. Move forward in the narrative until you reach the Altus Plateau and conquer Leyndell, the Royal Capital.

8. You can access the Forbidden Lands by travelling to the east and using the Grand Lift of Rold.

9. You’ll find Castle Sol if you travel to the far north of the Forbidden Lands. You will have to eliminate all of the enemies in the dungeon and then take down Commander Niall, who is the boss of this area. 10. After you have vanquished Commander Niall in Castle Sol, you will have access to the final room, where you will discover a chest carrying the other half of the Haligtree medallion. 11. Return to the Grand Lift of Rold, and while you’re there, select the option that allows you to hoist the secret medallion. To access the hidden medallion option while you are standing on the lift platform, push either left or right on the directional pad. 12. As you make your way down the brief tunnel, in which you will face off against multiple members of the vulgar militia as well as an octopus, you will soon arrive at the Consecrated Snowfield Site of Grace.

The Consecrated Snowfield is a fully optional section in Elden Ring; nonetheless, as it is home to some of the most challenging bosses in the game, you should ensure that you are well-prepared before venturing into this region.

Is there a way to see in the Consecrated Snowfield?

People who have acquired both halves of the Haligtree Secret Medallion are the only ones who are able to travel to the Consecrated Snowfield region, which is located on the lower plains of the Mountaintops of the Giants. This place is a secret and cannot be visited by anyone else.

What level should you be for Consecrated Snowfield Elden Ring?

Is the Consecrated Snowfield optional?

In Elden Ring, Consecrated Snowfield is a location that is accessible toward the end of the game but is not required to do so; the following is a guide on how to get there.

Can you get to haligtree without medallion?