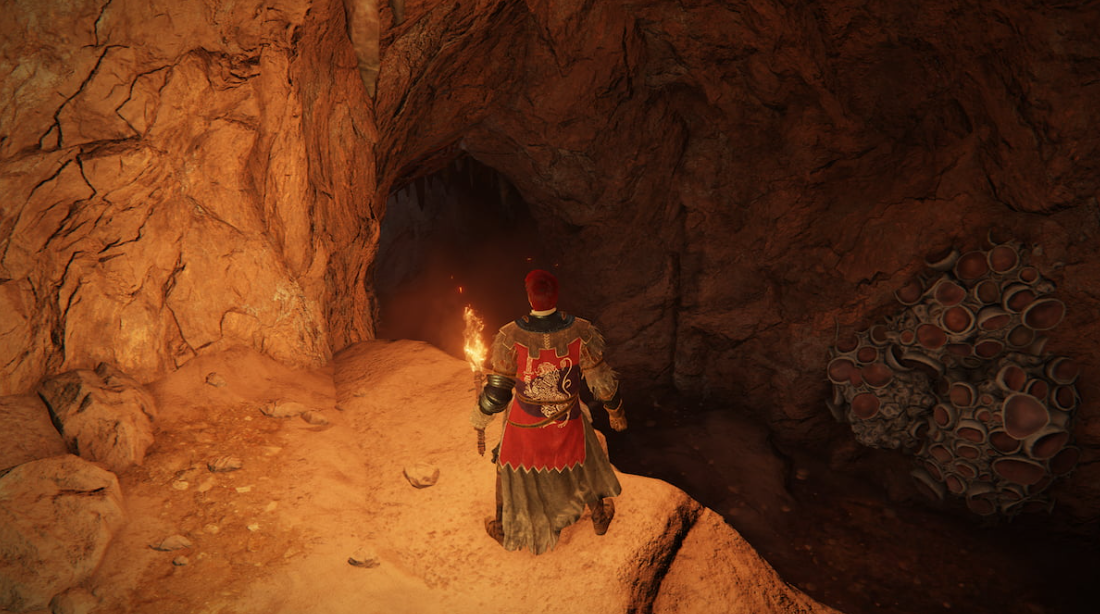 Players have the option to acquire a talisman known as the Golden Scarab when they are adventuring within Elden Ring. Rune farming is made significantly easier with this item, as it increases the total quantity of runes gathered by 20%. Runes can be obtained through farming. You will need to explore a specific cavern in Caelid in order to get your hands on it. Now, in order to accomplish that, here is the procedure:

Read Also: How to Get to Radahn in Elden Ring The passageway that leads into the deserted cave is cloaked in mystery. It is perched on the edge of a cliff, and the only way to get there is to swing from tree branch to tree branch. You can go there by coming here from the north or from the west. Both of these directions will bring you here.

To make it easier for you to navigate your way around the area, mark the location of the cave on your map with a beacon. Beginning at the Site of Grace on the Smoldering Wall, travel in the direction to the east until you reach the cave. You will run into a Giant Dog and an Abudctor Virgin as you are on your journey. You can choose to engage these foes in combat or simply flee past them. You will ultimately find yourself on top of a cliff, suspended above a canyon, and there will be a branch of a tree that you can cross with. Using the branch of the tree as a platform, you can traverse the canyon. If you turn your attention to the area that is located to the northeast, you will find the entrance to the Abandoned Cave.

Preparing for the Abandoned Cave

The Scarlet Rot ponds are scattered throughout the Abandoned Cave. Before going into the cave, you need make sure you have plenty Preserving Boluses.

Additionally, the Rot pools will impede your movement, and the Rot geysers that are contained within them will cause significant damage to you. If you equip either the Quickstep or Bloodhound Step Ash of War, you will find that moving through the cave is much simpler.

Getting the Golden Scarab

The boss room for the Abandoned Cave is located at the very end of the cave and contains two Cleanrot Knights. One of them is armed with a spear, and the other brandishes a scythe. If you are able to defeat these foes, you will be rewarded with the Golden Scarab.

How to Equipping the Gold Scarab Talisman

Once you have obtained it, you will need to use it in the ‘Equipment’ screen of your character’s inventory in order to take benefit of the bonus to rune power that it offers. Choose the “Talisman” slot, which can be found just above your Quickslot area at the very bottom of the screen, in order to accomplish this goal (this location is circled in red below). If you choose the ‘Gold Scarab’ option from the drop-down menu, you will have everything you need to start grinding those runes right away.