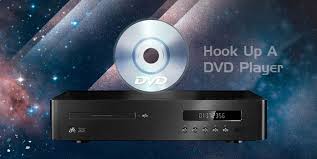 When you get a new DVD player or blu ray player, you undoubtedly want to connect it to your television so that you can begin watching your favourite films. However, if you take a peek at the rear of the DVD player, you will be surprised to see how many different interfaces there are. Perhaps the DVD player’s user manual can provide some guidance on how to connect the device. However, the terminology employed in user manuals always causes users to become more perplexed. Actually, connecting a DVD player to a television or high-definition television is not as difficult as you would have imagined. The only thing you have to do is follow the steps we will provide you with below.

Read Also: How to Play DVDs on HP Laptops

How to Hook up a DVD Player

Part 1. Set up your DVD player

First and foremost, you must configure your DVD player before you can begin watching movies or music. Fortunately, the process of starting up and configuring a DVD player is straightforward.

Connection of your DVD player to the nearest power supply is the first step. To turn it on, hold down the Power button until a small light or a message appears on the screen. The second step is to select the appropriate connection. Various interfaces are available on the rear of the DVD player, each of which corresponds to a distinct connection method. In addition, depending on your television, you must select the necessary wires.

HDMI is the most recent connection standard, and it incorporates a slimmer and longer USB cable. In contrast to other connections, HDMI simply requires a single cable to transport both audio and visual signals. Furthermore, it has the potential to deliver the highest possible video quality. Component cables are distinguished by the presence of a set of prongs that are coloured in a variety of ways. In addition, the colour is used to coordinate with the cord and the interfaces of the television and DVD player. Comparatively speaking, component cables have a worse transmission quality than HDMI.

A/V cables are the most popular type of connection used with DVD players. A/V cables are typically three prongs in length, and they are available in a variety of colours to match the interfaces and cables.

Following your successful acquisition of the proper connection, it is recommended that you use the original cable that came supplied with your DVD player. Place the DVD player and television as close as possible to each other before connecting them. However, do not stack them together because they will heat up and cause damage to one another.

Part 2. Hook up a DVD player

Before connect DVD player to your TV or HDTV, make sure to power off both devices.

Hook up a DVD player with HDMI

Make a last check to ensure that both connections are safe and secure. In step 4, you can turn on the DVD player as well as your television. Inserting a DVD disc into your DVD player will allow you to begin enjoying it immediately.

There are five distinct coloured cords in the Component Cables set. Additionally, on the back of your DVD player, in the section called Output or Out, there are five interfaces that correspond to the colours of the cords.

Next, connect the other ends of these wires to your television, making sure that their colours are the same as the ones on the other end. After connecting the devices, you may turn on both the DVD player and the television to begin watching. 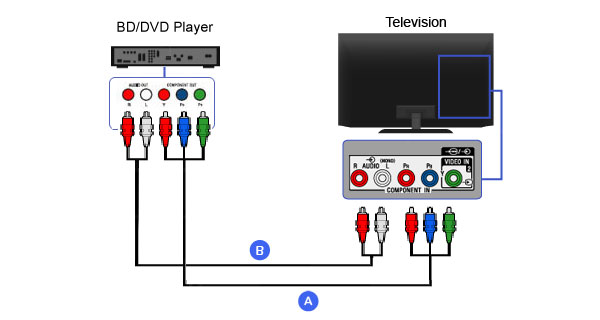 Connect the other end of the cable to the appropriate interfaces on your television. In order to verify the connection, turn on both the TV and the DVD player and then insert a disc into each.

How to Start a Disney Plus