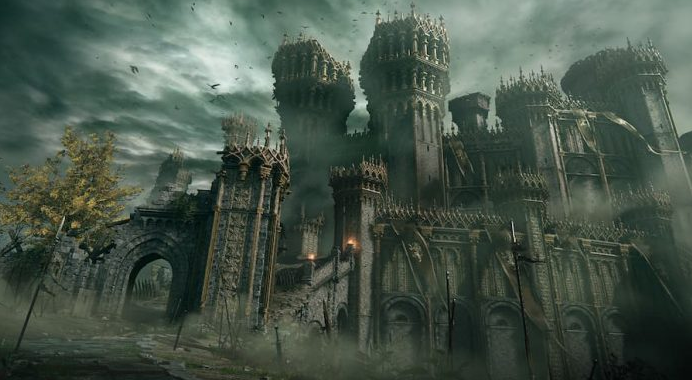 The Elden Ring is in no way a simple or easy game. It contains a large environment that is jam-packed to the gills with locations to investigate, non-playable characters to interact with, foes to vanquish, and bosses to vanquish. The sheer volume of activities available in the most recent game from From Software is staggering, and for first-time players, the game might feel downright overwhelming (especially those unfamiliar with how Souls-style games work).

Because there is not a lot of hand-holding that goes place in the early stages of the game, players will typically discover that they are puzzled about several important aspects as the plot progresses. A good illustration of this is when players are thrown into Roundtable Hold, a location that functions quite well as the “hub zone” for Elden Ring. After being directed to the region that resembles a maze, here is a glimpse at how players can exit the location. So let’s get started:

Read Also: How to Get into Lenne’s Rise in Elden Ring

How To Leave Roundtable Hold in Elden Ring

Roundtable Hold is a fantastic hub location that is home to a wide variety of helpful NPCs. It’s a twisty (albeit small) maze of rooms, and players can quickly become frustrated as they try to figure out how to leave the area because all of the doors appear to be barred or locked.

Fast travel to a Site of Grace that was unlocked prior to entering Roundtable Hold is required in order to exit the instance. In order to accomplish this, players will first need to bring up their map and then move their cursor over one of the icons depicting a golden medallion. These icons serve as Sites of Grace and allow players to teleport to any location they have already explored without having to pay any entrance fees.

The icon for the Hub can always be found in the bottom-left corner of the map. This icon is a large circular symbol that is distinct from the rest of the world map. Players will also be able to return to Roundtable Hold in the same manner.

What Options Do Players Have?

Players have access to a broad variety of non-player characters (NPCs) that can be utilised for a variety of purposes at Roundtable Hold, which serves as the central centre for Elden Ring. Take a look at the following, all of which will be available to gamers within the massive hub:

How do you rest a Roundtable Hold?

Resting at either of the two Shrines of Grace will allow you to unlock Roundtable Hold. The Stormveil Main Gate can be accessed once the player has vanquished Margit, the Fell Omen. Cliffs that Face the Lake can be found directly to the north of Stormveil Castle and are usually only accessible after Godrick has been vanquished.

What happens if you go to Roundtable Hold?

In a manner analogous to that of Dark Souls’ Firelink Shrine, the Roundtable Hold in Elden Ring serves as the game’s central hub. There are several NPCs in this area that fill the role of merchants, selling things, weapon upgrades, and Spirit Ash increases. Others are involved in quests and provide information relevant to the progression of those tasks.

Does the roundtable get destroyed?

In the Post-Vulgate version of the story, King Mark is the one who eventually brings an end to the Round Table by destroying it during his invasion of Logres. This comes after the deaths of King Arthur and almost all of the Knights, many of whom had in fact already killed each other, particularly during the internal conflicts that occurred at the end of the cycle.

Why are there 2 Roundtable holds?

The most plausible theory is that the Shattering obliterated the first Roundtable Hold, which was located in Leyndell, and that the current version of the hold, to which players can use fast travel, is an exact copy of the original that was relocated to a different realm by Marika. This was done in order to provide a secure haven for all Tarnished who are wandering the Lands Between.

Why is the round table so important?

The Round Table is significant in literature, particularly romances written in the 13th century and beyond, due to the fact that it gave the knights who served in Arthur’s court a collective identity as well as a name. This contributed to the Round Table’s significance.

How to Expand the Map in Elden Ring