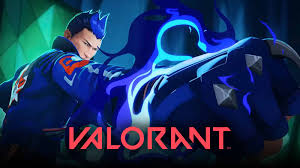 In the event that it is discovered that a player was not present for the game during the first round of play in Valorant, the rules of the game permit the remaining players to replay the match by invoking the remake command.

Players in Valorant frequently find themselves placed against one another in a 4v5 scenario as soon as the game begins. As a result, matches in Valorant frequently aren’t very competitive because of this. Having said that, it is possible to break out of such a position by using remake quite early after the first round. This would allow for an escape route. The match that is now being played will be ended, and a new queue will be formed.

Aim for the next rank, train crosshair placement, or manifest the Prime Vandal into your shop–what’s your VALORANT new year’s resolution? pic.twitter.com/Cn58ilXP3z

In League of Legends, there is a system in place to cope with teams that are not evenly matched against one another. Riot Games has adopted the remake system for Valorant as well, with the intention of avoiding unfair and imbalanced matches, particularly in ranked play. This goal was achieved by Riot Games’ implementation of the remake system.

Read Also: How to Use Sprays in Valorant

How Does Remake work in Valorant?

In Valorant matches, players that are not actively participating are a significant issue, especially in ranked games. Because of this, the team’s stability is negatively impacted, and it also messes up the team’s overall ranked experience by putting them at a disadvantage.

If a player quits the game early, the remaining connected members of the team have the ability to request a new game and vote on whether or not to play it. If a majority of the linked team members do not like the idea, the vote will be considered invalid, and the remake will not go forward. 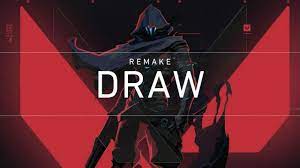 Below are the steps to remake in Valorant:

This can only be done in the brief period of time immediately following the conclusion of the first round, during the buying phase of the second round. After that, the time for casting votes is up, and play will continue. Therefore, every member of the team needs to consent for the match to be replayed.

There will be no record of the match in the player’s match history. In addition, none of the players who voted to restart the match would gain experience points or match ratings for their participation in the vote. On the other hand, the player who is inactive throughout the match will not only suffer a loss in MMR but also a severe punishment that is similar to being unplugged from the entire match.

How to Unlock Agents in VALORANT

How to Add Apps to your Apple Watch