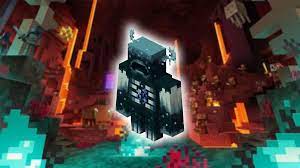 Following the release of the Wild Update, the much-anticipated addition of the Warden mob was made to Minecraft. Those interested miners who venture too far down and too deep into the mine are at risk of being attacked by this terrible lumbering creature. Finding and dispatching the Warden should be at the top of the to-do list for any player looking for a worthy test of their mettle.

The Warden, on the other hand, is not like the majority of the other monsters in the game. It is only possible to spawn in particular ecosystems due to the fact that certain requirements need to be satisfied before it may appear. This is the location in Minecraft where players can quickly find the Warden, as well as the method through which they have the opportunity to kill it.

Read Also: How to Use Fill Command in Minecraft

How To Spawn and Beat Warden in Minecraft After the players have found one of these deep, gloomy biomes, they should search for a block known as the sculk shrieker. The building block has a very distinctive appearance, consisting of four white nodes that extend out in different directions and an animated component in the middle.

Simply approaching one of these sculk shriekers from a distance of 16 blocks will prompt it to become active. If a player is unable to get close enough to a shrieker or doesn’t see one, they can try walking adjacent to any sculk sensors that are located around the area. These sensors can send the information about the player’s sound to a shrieker. When the shrieker has been engaged at least four times and the light level around it is at most 11, it will produce a sound for a few seconds and emit unique sound particles in order to call the Warden. This will bring the Warden to the location. The player will be afflicted with the Darkness condition effect, which will remain active for around a minute and a half. Players should get away from the shrieker and find cover, as well as refrain from making any sounds, as the Warden will spawn in close proximity to her.

The Warden is a particularly dangerous hostile group that possesses incredible power. As a point of reference, the Wither always starts with 300 Health Points in the Java Edition, regardless of the difficulty setting. In the meantime, the Warden has a health pool of 500, and natural hazards like as lava are completely useless against it. The Warden does not have a natural vulnerability like the Wither does, which causes it to absorb additional damage from Smite.

Despite the fact that it is blind, the Warden is able to quickly hear sounds in its environment and pursue players even though it cannot see them. It can also smell players after going through a brief animation in which it sniffs the air. Because of this, it is an exceptionally effective hunter in the murky caverns.

It wouldn’t really accomplish anything to kill the Warden. It is not worth the effort required to kill one of these creatures because it does not drop anything more than five experience points and a sculk catalyst. In comparison, the Wither has a death reward of fifty Experience Points. Instead of being a boss that players would farm, it is likely that Mojang meant for the Warden to feel more like a genuine danger to them.

The ineffectiveness of shields is another obstacle un the way of defeating the Warden. Due to the fact that a single close-range attack might potentially leave shields utterly worthless, players should engage this beast at a distance if possible. However, the Warden also possesses a potent strike known as a sonic boom, which can hit targets even when they are at a tremendous distance and bypasses any defences the player may have, including Netherite armour, enchantments of the highest tier, and shields.

Keeping all of this in mind, the most effective tactic is to make use of a potent bow and to maintain a distance of at least 15–20 blocks from the Warden in order to avoid being hit by its sonic boom strike. It is also possible to lure the warden into a hole from which he cannot escape and snipe him from a distance; however, even when doing so, players should be careful not to get hit by the sonic boom that the warden emits.

Can the warden smell through walls?

Superintendents presently charge and delivery a ran assault when the objective is viewed as past the skirmish assault’s reach. This assault can enter walls. Superintendents can now smell players from further away. The upward range wherein superintendents blow up has been expanded from 6 to 20 blocks.

Why is there no warden spawn egg?

In Minecraft, there is a produce egg called Warden Spawn Egg that is dim green-blue with cyan spots. This produce egg is a thing that can not be created in the game. It is just accessible in Creative mode (not Survival mode) through the Creative Inventory menu.

Will the warden spawn in peaceful mode?

The Warden can be generated in quiet trouble, which shouldn’t since the Warden is viewed as an unfriendly horde on Java Edition. 1. Set your trouble to tranquil mode.

How to Boost Discord Server on Desktop

How to Use Copper in Minecraft

How to Disable Automatic Logins on Google Chrome

How to Sign Out of HBO Max on Roku

How to Defeat Morgott the Omen King in Elden Ring