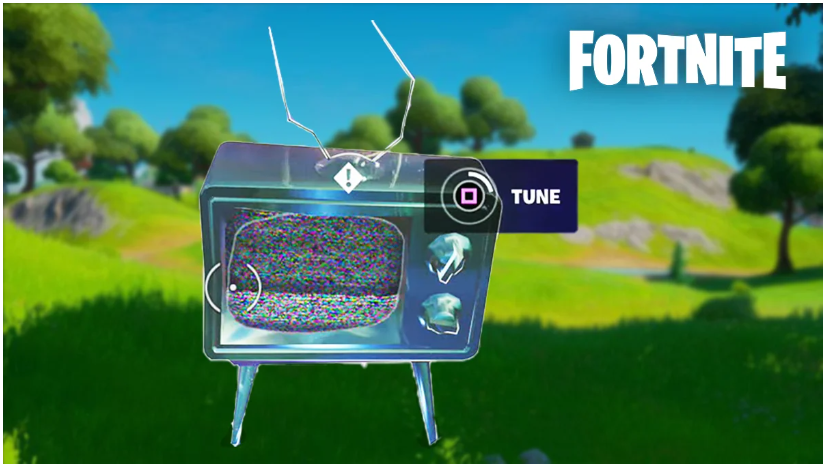 The first stage in completing Bytes’ Quests in Fortnite Chapter 3 Season 4 is to tune the television while wearing the Bytes gear. You will be rewarded with seven new looks for Bytes’ iconic pickaxe, The Nothing’s Gift, if you are successful in completing all of Bytes’ Quests in Fortnite. You will need to have access to the premium Battle Pass for this season in order to participate in these tasks, therefore not everyone will be able to do so.

Below, we will go over how to unlock the Bytes costume so that you may start working towards those seven new outfits for The Nothing’s Gift. While you are wearing it, tune the TV to get started on your progress.

Read Also: How to Get Goat Simulator Skin in Fortnite

How to Tune the TV in Fortnite

How to unlock the Bytes outfit in Fortnite Bytes’ Quests will be added to your ‘Quests’ tab as soon as you have both Bytes and The Nothing’s Gift in your possession. You can now head to your locker to put on your new Bytes clothing in preparation for the first objective that Bytes will give you, which is to tune the TV. As was said earlier, prior to beginning a match, you need go to your locker, equip the Bytes costume that you have unlocked through this season’s Battle Pass, and then head into the lobby. If you don’t dress in accordance with this theme, your efforts toward completing the challenge won’t be counted.

Once you have the Bytes costume equipped, there are two different spots where you can tune the TV:

You may easily approach the television inside the little building at Lustrous Lagoon by climbing the rocks that are located to the north and northeast of the region. Because it is located on the ground floor of the garage of the house that is located between Tilted Towers and Herald’s Sanctum, the television in that house is much simpler to access. You will receive a voice line from The Nothing and gain access to the next phase of Bytes’ Quest if you just approach either of the televisions and hit the button that is displayed in order to ‘tune’ it. It is up to you to decide which TV to tune in because doing either one will move the quest along. There is more loot to be found in Lustrous Lagoon, but if you would rather go elsewhere, you may always travel to Tilted Towers or Herald’s Sanctum after tuning the TV in the house that is located between the two zones.

How to complete Bytes Quest?

You will be able to finish this task if you attack your opponents with chrome splash. In chrome regions, you will have an easier time locating them. Now comes the tough part: if you do it for 20 different opponents, you will be able to finish the last two tasks at the same time. In Fortnite, these are the eight tasks associated with the Bytes category.

Where is the TV for Bytes quest?

Turn on the television while dressed in the Bytes getup.

How To Fix Servers Not Responding Error in Fortnite

How to Make Green Dye in Minecraft