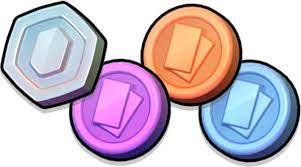 Clash Royale, which is owned by SuperCell and features one-on-one card-based conflicts between players, is a multiplayer online battle game. Players are well aware of this fact. There are five different tiers of rarity available for these cards: common, epic, rare, legendary, and champion. Users are required to update these cards in order to improve their damage and hitpoints, and the game made the process of upgrading easier by introducing trade tokens.

Read Also: How to Level Up Troops in Clash of Clans

How to Use Trade Tokens in Clash Royale

Using Trade Tokens, players can trade cards with the Trader or with other Clan members. You can acquire these things by completing special event challenges, receiving them as rewards from Trophy Road, or purchasing them through unique store offerings.

There are four unique varieties of Trade Tokens, one for each rarity of card that may be found in the game. Champion cards are the only cards that can’t be traded. In order to engage in commerce with other Clan members and the Trader, players need to have a minimum level of 8.

Players of Clash Royale can start a trade at any time by navigating to the Trade tab and hitting the “Request Card” button. This will bring them to the Trade screen. In order for them to start a trade, they need to hold at least one Trade Token. Each Trade Token can be redeemed for a card of the same rarity, but only one card at a time.

Trade Tokens, chests and this Mega Knight Emote await you in the Mega Rage Challenge! 👍 pic.twitter.com/kE2yKZz7CP

When a player is on the Trade screen in Clash Royale, they have the ability to make a card request so long as they possess at least one Trade Token of the right rarity. As long as they are at or above the Arena where the card gets opened, they have the option of selecting cards that have already been unlocked or those that they have not yet unlocked.

After selecting the card, players will be required to choose up to four additional cards of the same rarity to trade in exchange for the card that was requested.

There are now four different rarities of trade tokens available for purchase: common, rare, epic, and legendary. The following are the card limits that are in place for each Trade Token:

Last but not least, Trade Tokens are a fantastic resource for acquiring new cards and improving existing ones. Players have the option of rerolling the list of cards they can supply to the Trader in exchange for ten Gems. Because of this, they have no choice but to search for the most valuable cards to exchange.

What do Trade Tokens do in clash Royale?

Players are able to exchange cards with other members of their Clan or with the Trader when they have Trade Tokens. You can acquire them by completing Challenges, getting them as a reward from the Trophy Road, or buying them from the Shop as part of a limited-time promotion.

Can you unlock cards with Trade Tokens?

Trade Tokens are required in order to exchange cards with other members of your Clan. You are able to trade cards of any rarity, including those that you have not yet obtained through other means. Your King’s level must be at least 8 for you to be able to use Trade Tokens. This is the only condition.

Do both players need a Trade Token to trade in clash Royale?

In order to engage in commerce with other Clan members and the Trader, players need to have a minimum level of 8. Players of Clash Royale can start a trade at any time by navigating to the Trade tab and hitting the “Request Card” button. This will bring them to the Trade screen. In order for them to start a trade, they need to hold at least one Trade Token.

Can you sell cards in Clash Royale?

How to Use Magic Coins in Clash Royale

How to Find Your Player Tag in Clash Royale