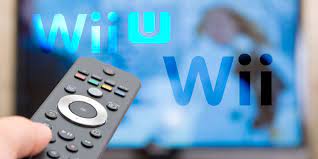 The procedure of streaming video content on a Nintendo Wii or Wii U system will be explained in detail in the following section of this article. This article pertains to both the Wii and the Wii U consoles; however, the Nintendo Switch, which was introduced more recently and offers other streaming video services, is also relevant.

Read Also: How to Sync a Wii Remote

How to Watch Online Movies and TV on the Wii U

The Wii U shop allows users to download a wide variety of apps, some of which include Netflix, Hulu Plus, Amazon Video, and YouTube, amongst many more. Connecting your television to a Wi-Fi network that is dependable and having an HD television hookup are both requirements for being able to watch streaming videos on your television.

Streaming Video on the Wii U

The Wii U is capable of streaming video in full high definition (1080p), as well as streaming media in 1080i, 720p, 480p, and the conventional 4:3 aspect ratio. Additionally, stereoscopic three-dimensional televisions can be used with the Nintendo Wii U.

The Wii U not only has a versatile visual output, but it also has an HDMI output that can handle six channels of audio in addition to the RCA analogue stereo that is typical. This indicates that the Wii U will support playback of the video you want to watch, regardless of the aspect ratio or quality of the video.

How to Watch Streaming Video on the Nintendo Wii

Apps, which are also referred to as channels, are available for download on the Wii and Wii U, and they function in a manner that is analogous to that of online TV devices such as Apple TV, Roku, and Chromecast. These consoles allow users to stream movies and television shows from the internet. There are some streaming services that need a membership, and in order to watch videos on your console, you may need to first set up an account on a computer before you can do so. The usage of others, such as the channel on YouTube, is completely free. There is also an internet channel that enables you to search the web via a wireless controller and a virtual keyboard that is displayed on the screen.

It is no longer possible to download apps from the Wii store; however, if you previously downloaded the apps, you will still be able to utilize services like as YouTube and Netflix. The Wii needs a connection to the internet through Wi-Fi or Ethernet in addition to the typical RCA or S-video hookup for the television in order to stream videos. Due to the fact that it was released in 2006, this gaming console does not enable HD streaming.

How to Turn On Hibernate Mode on Windows 11