In today’s technologically advanced world, data centres are a massive but mostly unseen component of all of our everyday lives, and in order to do the tasks we enjoy, they require super-fast SSDs such as the newest Micron drives.

In today’s world, data centre drives are no more only something utilized to store data for large corporations or IT nerds. We stream a variety of things, including entertainment, such as movies and television shows, music, and now even videogames, to our devices. And it all comes from this enigmatic location known as the cloud, which is, in actuality, a massive structure packed with racks of solid-state drives (SSDs) located somewhere on the planet. 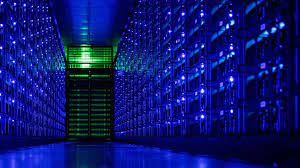 The need for data centres has increased considerably as a result of the growth in common use. The expectation is that these large clusters of workstations will be able to do very difficult tasks such as streaming sports in real time, which demands extraordinary speeds from the machines.

As a result, it’s no surprise that the most sophisticated SSD for data centres has recently been introduced. Since it owns the Crucial brand, Micron is no stranger to the SSD industry. However, the company is also well-known for its remarkable DDR4 overclocking capabilities. As a result of the recently unveiled Micron 7450 SSD with NVMe, Micron claims to have developed the most sophisticated 176-layer NAND data centre SSD on the market. The new 2TB M.2 SSDs that the business has packed into a 2230 form factor are comparable in concept to this.

Utilizing “replacement gate technology,” Micron 7450 SSDs are designed primarily for use in data centres. As a result of this technology, cell-to-cell coupling difficulties are supposedly eliminated, resulting in a significant speedup in the manufacturing process. Micron claims that the new SSDs have random read and write latencies of less than 2 milliseconds practically all of the time.

If you’ve just purchased a brand new Steam Deck, these 7450 SSDs will not fit. In spite of their nearing 16 TB capabilities, I’d prefer it if they did. Nvidia’s GeForce Now, or Intel’s upcoming service, will benefit more from these extra storage bays than they will from these new storage devices.