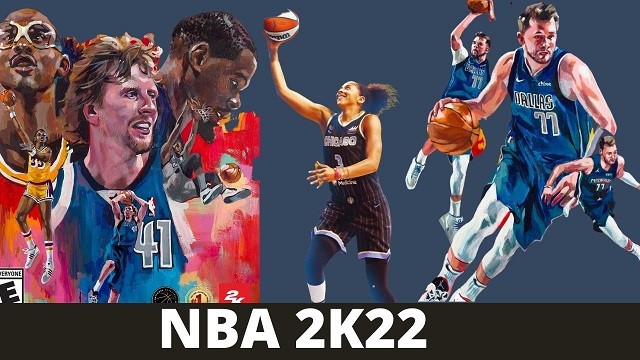 NBA 2K22 is going to be launched on September 10 for PC, PS4, PS5, Nintendo Switch, Xbox One, and Xbox Series X/S platforms. And there are four different editions of this newest NBA 2K series, including NBA 75th Anniversary Edition, Cross-Gen Digital Bundle, WNBA 25th Anniversary Edition & Standard Edition. The NBA 2K22 game has began to be pre-ordered. Let’s take a look at the price list of the different versions of NBA 2K22 and the pre-order bonus of each edition.

By purchasing NBA 2K22 Standard Edition, you can get 5,000 VC (to play well with the game, it is not enough to get VC in your inventory! You will also in need of NBA 2K22 MT, which is another important currency of NBA 2K series), 5,000 MyTEAM points, as well as 10 MyTEAM promo packs (delivered one a week). What’s more, you will get a boost for each MyCAREER Skill type, boost for each Gatorade Boost type, Luka Doncic MyPLAYER Jersey and a 95 rated Luka Doncic MyTEAM Free Agent card.

The pre-order bonuses for the WNBA 25th Anniversary edition are identical to those found in the Standard Edition.

NBA 2K22 allows you to use Cheap NBA 2K22 MT to build their dream squad consisting of star players from the past and current NBA players. To highly enjoy the game, you are recommended to purchase NBA 2K22 MT Coins and Points at Z2U.com, you will amazed by the lowest price, delivery speed and friendly live support!

Minecraft Myths That Were Never Real

What to Consider When Buying a Gaming Laptop