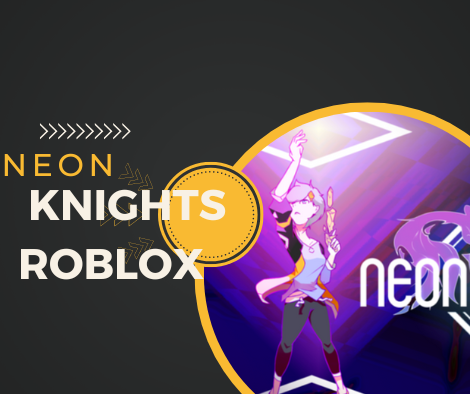 Neon Knights has finally just released officially on Roblox by blockage on 26th November 2022. This game has been in years of development. We will share some tips and tricks about this game that may not be obvious.

Neon Knight is currently in the ALPHA mod, and many changes are expected to come in the future.

When you start the game, remember there is a long detailed tutorial that can take up to 10 minutes.

This game has two different resources, carbon and flux, and there are different ways to get both of these resources.

As this game will be changed as well in the future if needed by the community members, it is recommended to join the group and give your feedback.

Neon Knights Roblox looks unique and fun. Many people interested in something other than Roblox as a platform would like to check this out.

You can play Neon Knight only if you pay for Robux, so you have to buy it for 273 Robux.

There is no Game Pass to play Neon Knights; you will have to pay.

Make sure you pay attention to the buttons to continue playing the game.

When You start playing the game, you see people around with the text box on their heads. You should go and talk to them to make companionship with them. Also, sometimes you can get extra items such as stash space or keepsake(that can give you a bonus in battle).

With the resource (Carbon), you can buy daily deals or chests like diamonds or daily compartments (Stein’s chest and Quirk box. etc.). Do not waste your Carbon resources on chest deals; instead, save them for later use. Instead, buy vouchers from Gazibo deals.

Use of Forge Voucher

Forge Voucher lets you bypass the expensive cost of forging, and you will not have to spend thousands of flux.

Use of Travel Voucher

You can use a travel voucher for diving and going to other zones and bypass the carbon cost when you have unlocked different zones. You can go to other zones or regions like; Yaramo transit.

Use of Revive Voucher

When you are dying in the game, you can use a revive voucher, and without spending any Robux, you can keep playing the game and not lose your dive.