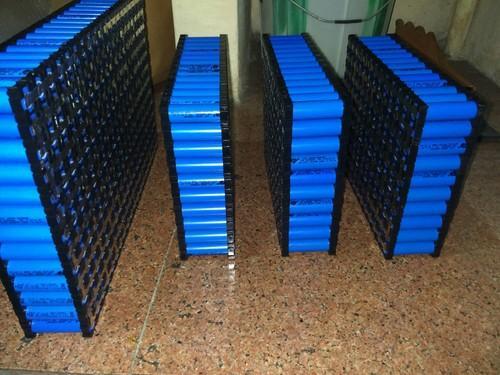 You always have a list of conditions to fulfill when it comes to choosing the right battery for your applications. There are various factors one looks for battery such as cyclic, capacity requirement, etc. After narrowing down to a few of the options you will have confusion about whether to choose the Lithium battery or the traditional acid lead battery. Most of you might not be aware of the difference between Lithium batteries and sealed lead-acid. You would need to consider several factors while choosing the right motorcycle batteries. Both of these have their strengths as well as weaknesses. Here we will be talking about a few of the different points to prove why Lithium-Iron batteries are better than lead-acid.

The most common difference between Lithium Iron batteries and Lead-acid batteries is the capacity of discharge rate. According to the performance, Lithium Iron batteries have a higher capacity than Lead-acid batteries. Hence the Lithium battery will always cost you more if you get the one with the same capacity and the lower price for the lower capacity. Hence the cost of ownership increases if you consider the cycle which further increases the value of the Lithium battery as compared to the Lithium lead battery.

If you try to install the lead-acid battery then you might be aware of how important it is not to install it in an invert position which can prevent possible issues with the venting. Lead-acid batteries are designed not to leak as the vents allow some residual release of the gas. In the case of lithium batteries, the cells cannot leak as they are individually sealed. Hence there would not be any restriction during the installation of the lithium battery. You can install it on one side or upside down.

Lithium batteries are known to be 55% lighter than lead-acid batteries. This factor is considered to be imported especially when the battery is being installed for various mobile applications or at robotics. Weight is considered the important factor in remote applications wherein the installation is a bit difficult.

Can Zoom Host see my Video Without Permission

What Are The Trends That Reshape the Fintech Industry?