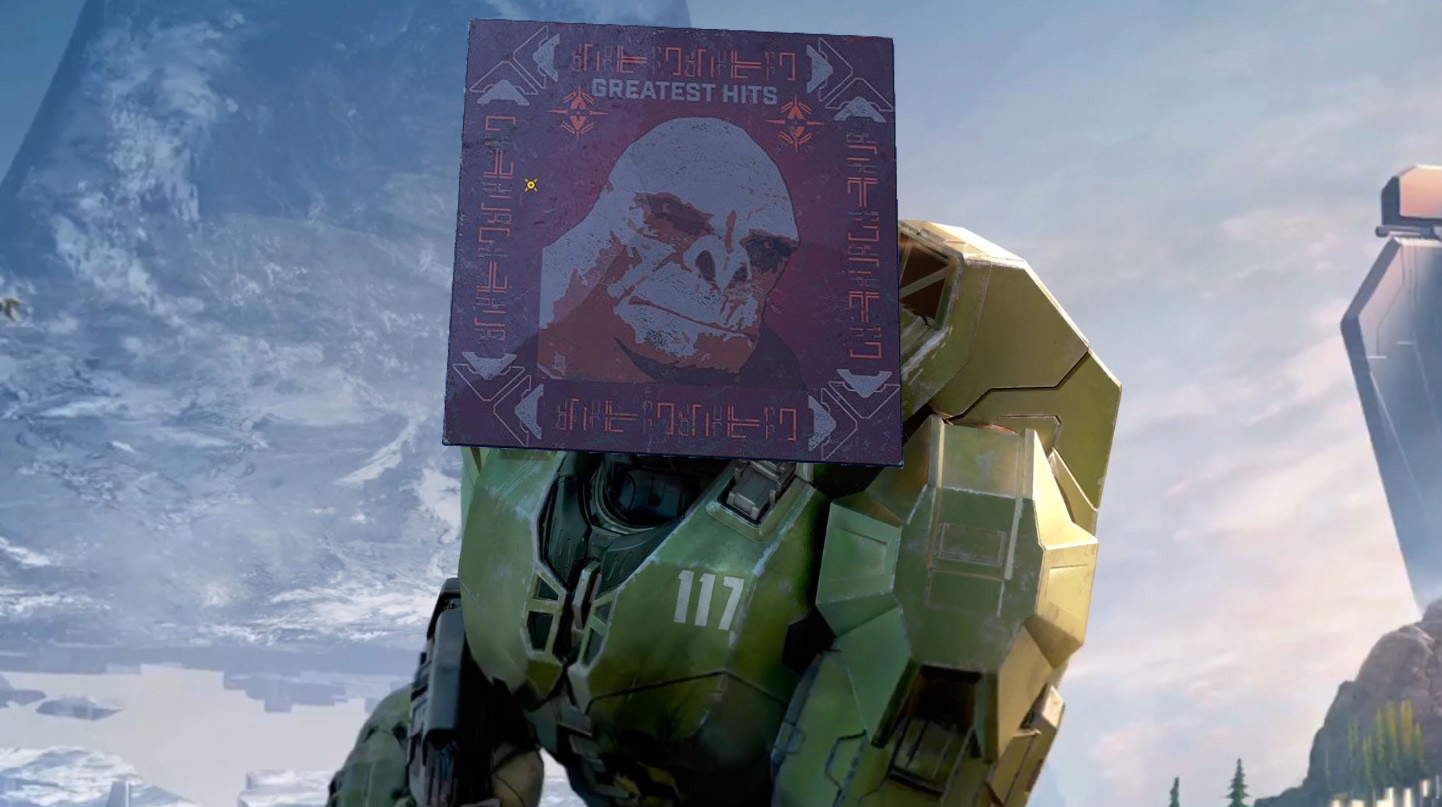 Halo Infinite is an extremely good Xbox Game. Xbox Game Studios and 343 Industries formed this game. It is a first-person shooter game. In the ringworld, Zeta Halo also called Installation 07, the game introduces the main character called Master Chief. And his struggle to win the battle against the enemy known as Banished. Currently, the game has introduced easter eggs in Halo Infinite. 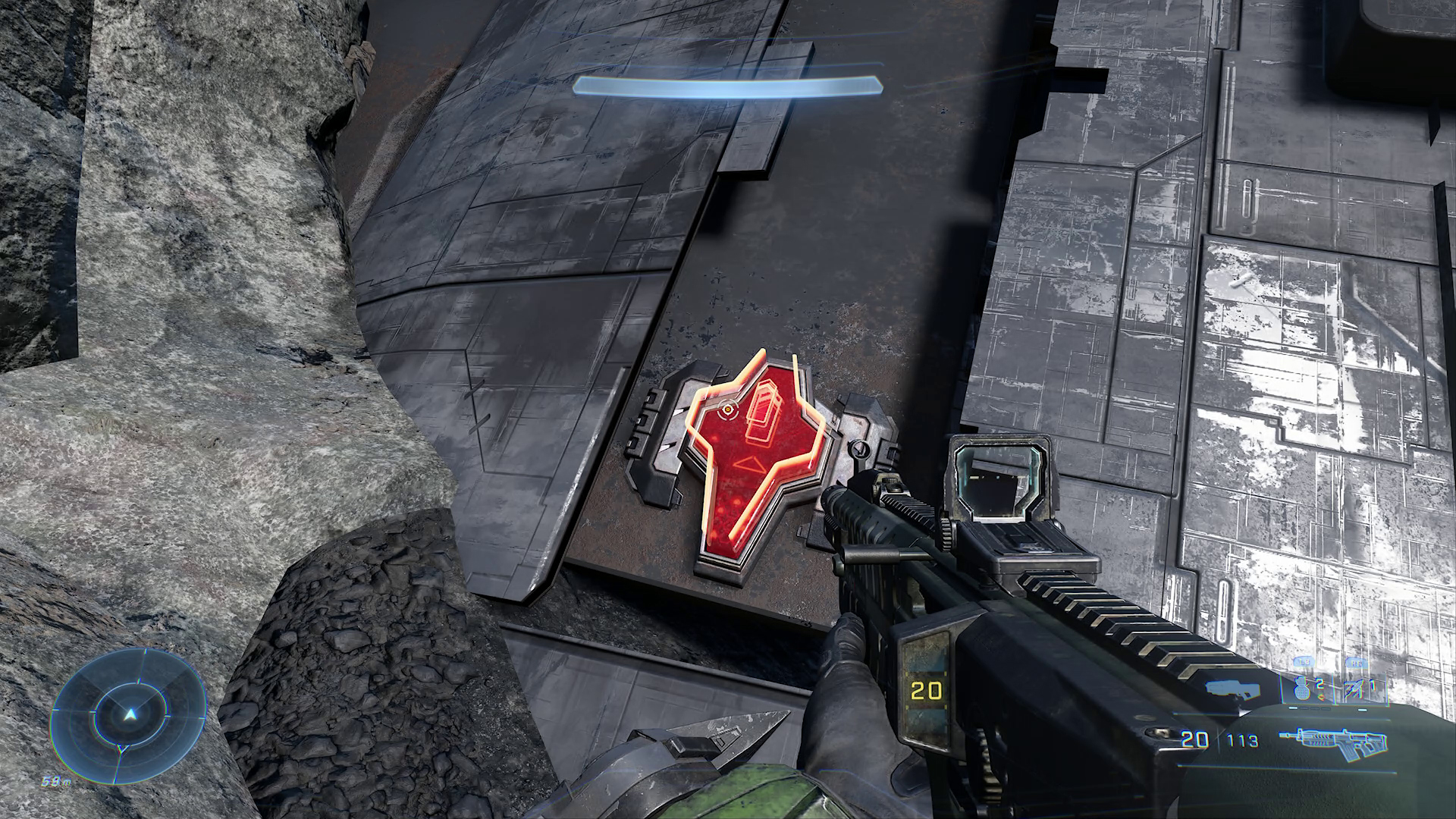 Halo Infinite Features Hunting Easter Eggs. Fans have enjoyed the managing of the sword-wielding avatar that is the new awesome feature. While those who have already discovered the Halo Infinite Easter Egg are reminiscing about the Covenant Elite.

The Halo series has been always known for having bundles of Easter eggs, and the latest installment is no different. Here are all of Halo Infinite’s Easter eggs and secrets.

The Arbiter who is the main character of the Halo story it was firstly introduced in Halo 2. Now in halo infinite, they have the Arbiter easter egg. You locate it at the left side of the cave’s opening. You can further explore the cave.

There are many different types of Easter eggs in Halo Infinite and one of them is a weird giant sandwich. It is though a lot funny we compare to others.

Apart from a gigantic sandwich with lettuce, ham, cheese, tomatoes, onions, and I think it’s mustard the yellow sauce, growls are surrounding it and it looks like they love it. 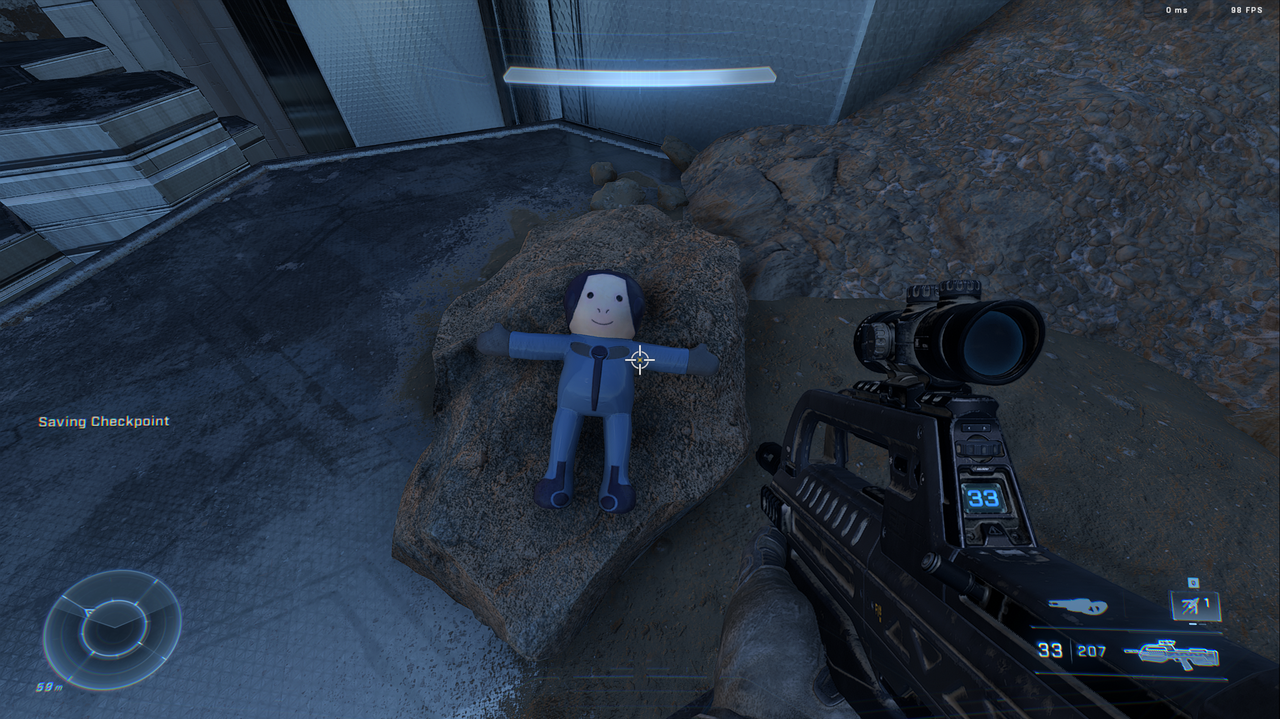 When we jump on one of the cannons it says “Pick up” and when we do, it shoots. It’s not sure that is it just a glitch or it’s an Easter egg.

You’ll pass into a Forerunner storage facility filled with slabs that resemble ancient creatures frozen in Carbonite. With one being different from all, which appears to be a gopher, the rest of the slabs are the same. The specific slab is not difficult to find as it is not that far located and is quite different in shape.

The next Easter eggs in Halo Infinite is hidden in the arcade game in a Forerunner room near a Spartan core.

A Mr. Meeseeks box is behind a grate along the outside border of the area you circle on your journey to the top in the early quest The Tower. Thankfully, Mr. Meeseek does emerge from the box and scream at you. That would have been fun though.

When the pilot drops a Scorpion, he calls it Sheila. It is a big guess that points to Red vs. Blue. The bringing back of Sheila home is also mentioned in the game that means to get the scorpion to the House of Reckoning. The pink option labeled as “lightish red” is for the AI skin in the multiplayer. 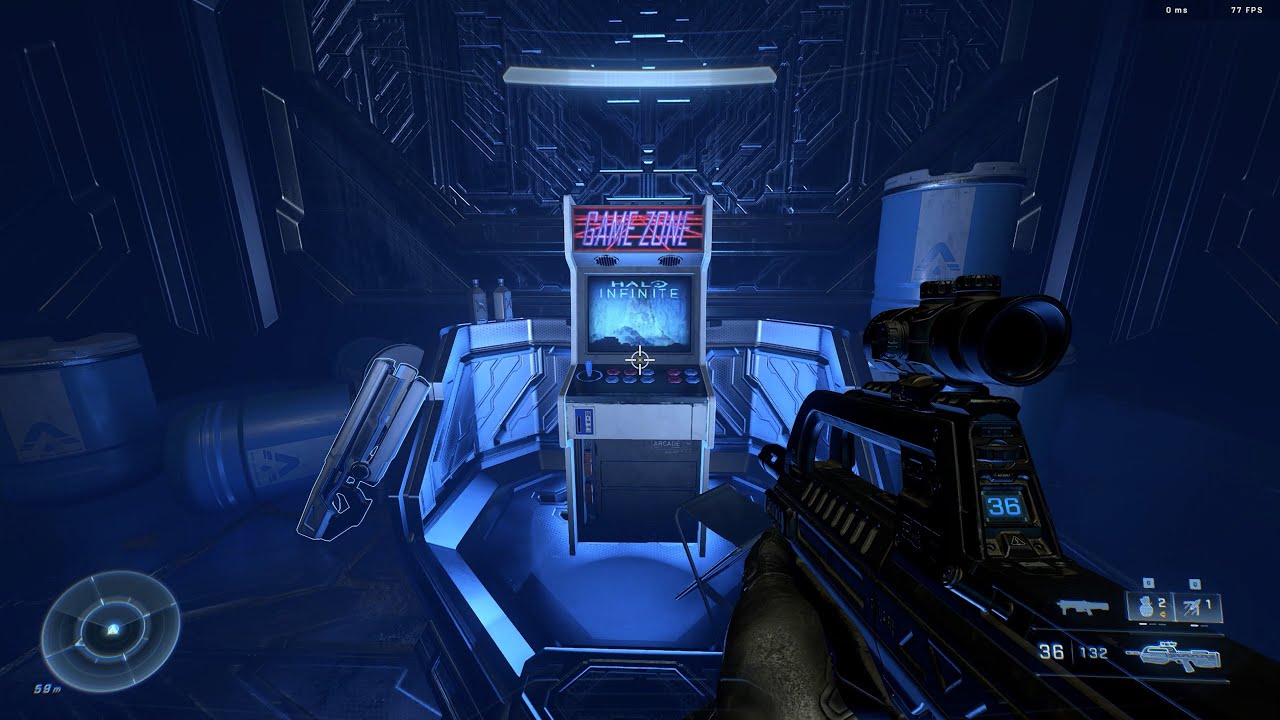 When you climb to one of the map’s highest vistas, the sound of Gregorian monks chanting as you take in the scenery. The infinite is Installation 7 known as Zeta halo. The developers have designed the storyline in such a way that each ring has its own different and unique ecology.

It is a dedicated game to all research institutions that believe that other life forms also exist in-universe. At the start of the Infinite Halo, we see Master Chief losing a battle with Atriox, who was the leader of the Banisher and was considered dead. The survivors of the UNSC infinity crash were scattered around the Zeta halo world. They were apart from each other for six months and were struggling for their survival. Then a UNSC pilot that takes him off the life support rescues the chief. They then make it to the planet-side.

As far as other Spartans are concerned such as the blue team, team Osiris and many other teams like these that existed in the Halo universe. They are missing, in short, there are nowhere other teams. UNSC audio lags are available in Halo infinite and you can collect them. The audio lags do reveal to us that what happened to other Spartans who were stationed on the UNSC infinity ship. We, at last, get to know that Jega ‘Rdomnai slaughtered all of those Spartans. He was an exclusive person who hunts down Spartans.

Cortana has been an important part of the halo series. As master chief spent a lot of his time trying to shut down installation 7 and to figure out what was happened to the AI that accompanied him on his endless early journeys.

Cortana has shown the consequences of the “rampancy” in Halo 4 for the first time. Which is the term for an AI’s degeneration as it results in the consumption of too much data. After seven years AIs are turned off so they can never create a war against their developers.

Master Chief spends much of Halo Infinite searching for Cortana, ignorant of her whereabouts or status. As Cortana was the one who saved the master chief. She died for the sake of master chief life.

In Halo, Infinite Master Chief has a new companion, so don’t be surprised if you don’t recognize them.

Dr. Halsey created Spartan II. He has created ‘The Weapon’ which is a big replacement in the place of Cortana. It is a smarter version than Cortana. The weapon is a hero as it helps to destroy Cortana who was to gain power over the universe.

Master Chief had ‘The Weapon’ before the start of Halo Infinite. His main goal was to destroy the Cortana somehow because she was dangerous not only to Spartans but to the whole universe. The aftermath of this unfolds throughout the Halo Infinite campaign.

All You Need to Know About Jeff Brown Investor