In 2021, two Russian-speaking CSGO teams – Natus Vincere and Gambit – topped the world rankings. They have won seven of the nine major tournaments and are at the top of all the CSGO rankings. The top three in 2021 are rounded out by G2 Esports.

Second place at the PGL Major Stockholm, second place at the IEM Cologne, and third place at the BLAST Spring Finals were the top three achievements. The main French team failed for the first third of the year, but then completely rehabilitated itself. In fact, for the whole stretch from May to December, G2 had only two bad results: the last line at EPL S14 and the 9th position in the Blast fall groups. At the other championships, Nico’s guys never fell below 6th place and registered a bunch of 2nd through 3rd place finishes. Not surprisingly, G2 is 3rd in our CSGO rankings as well. 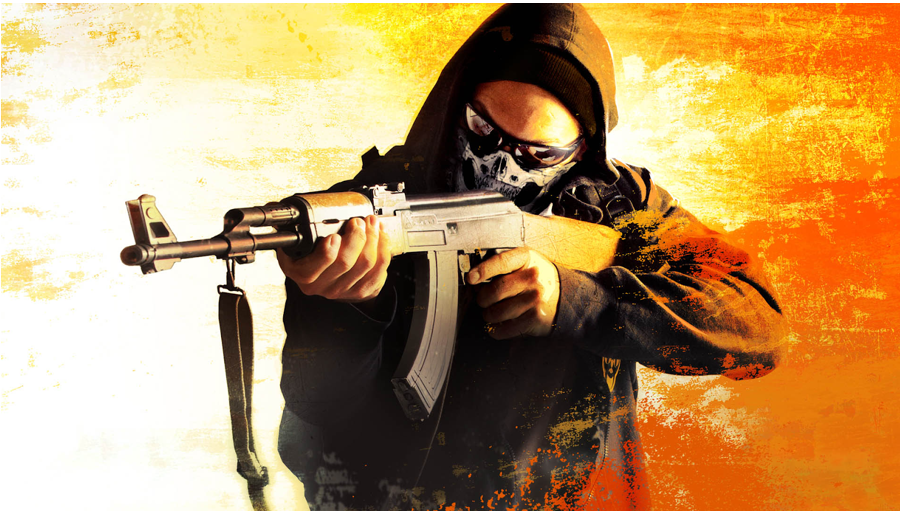 Three main achievements are: a victory at IEM Katowice, the BLAST Spring Finals, and IEM Summer. Gambit is the clear breakthrough of the year. The main chasers of NAVI, a great hope of the CIS, and just a cool team – all of these are about Gambit players. You may have forgotten, but Gambit had a super season in CS. Took 8 tournaments during the year, beating NAVI the most.

In 2021, three major achievements were made: wins at PGL Major Stockholm, IEM Cologne, and BLAST World Final. What else could it be? The CS:GO kings, who literally destroyed the professional scene in 2021, are now leading by a huge margin.

Take a look at the squads that have left their mark on CS:GO history.

Ninjas in Pajamas began performing on the professional stage as soon as the game was released. While others doubted their CS:GO prospects and had little time to practice, the Swedes organized bootcamps, got used to the shooting mechanics and practiced tactical strategies on the maps.

This methodical approach allowed the Swedes to gain form rather quickly and achieve impressive results. In the first year, the NIP won all nine tournaments that they applied for. Moreover, the Swedes have set a record for the number of cards won in a row (87). This record could not be beaten until now.

The impressive streak was interrupted only eight months later when NIP lost to Virtus.pro in the SLTV StarSeries V final. After that, the Scandinavians won four tournaments in a row, losing only three cards. NIP won the main victory at ESL One Cologne in 2014. They defeated Fnatic in the decisive match.

Fnatic won the first major in CS:GO history, DreamHack Winter, in 2013. In the final, the team defeated the lowly NIP players. Surprisingly, this win was the first triumph of the season.

Stability came the following year, after the signing of Olofmeister and KRiMZ. The strong duo added firepower to the lineup. Fnatic felt confident and acted aggressively in every game. The chutzpah of JW, the team’s sniper, helped win countless important rounds: he ran with the AWP as if he was holding an assault rifle.

While their opponents were trying to find weaknesses in the Swedes, Fnatic managed to win 28 trophies and two majors in a row. It wasn’t until 2015 that the Scandinavians adapted to their aggressive style of play.

The Swedes tried to return to the top CS:GO rankings teams in the world by inviting Dennis instead of Pronax. But it was not possible to repeat their past success. Since then, they have never reached the finals of the majors.

The Luminosity/SK-Gaming phenomenon: 10 trophies, 2 wins in the majors

For a long time, South American squads could not compete on equal terms with representatives from Europe. There were practically no strong organizations in the region, which hindered promising players from practicing and improving their level. Playing online against European CSGO teams was hindered by high pings on the servers, and there was a lack of funds to attend LAN tournaments.

In 2015, the Brazilian team Luminosity opened a donation account to move to the US and start training there. Everyone contributed money: fans, athletes, professional CSGO teams, and players. The biggest contributor was flusha, a player on the Fnatic team, who donated several thousand dollars.

The Brazilians fully justified the trust and confidently qualified for their first major. After that, they moved to America and began to prepare hard for the tournament in Columbus.

In the group stage, Luminosity defeated NiP and mousesports and advanced to the MLG Columbus playoffs in first place. The debutants worked well together and tried to pressure the majority on weakly defended points on the cards. Great teamwork took the Brazilians to the finals, where they confidently defeated NaVi 2-0, earning $500,000.

A year later, the Brazilians managed to repeat their success and win ESL One: Cologne 2016, their second major in a row. At that time, they played under the clan tag SK-Gaming. Surprisingly, the team lost only two cards in two tournaments: both times in the playoffs, to the experienced Polish roster of Virtus.pro.

The success story ended when the roster reshuffle began. After Fnx left, they managed to win a few solid tournaments, but the stability was gone. Things got completely bad in 2019 after the departure of Coldzera, the best player of 2016 and 2017. Since then, the Brazilians have stopped winning major competitions and making it to the top CS:GO HLTV teams.

In February 2018, Astralis announced the signing of a new player, Magisk. The transfer was a momentous one for the team. It only took the Danes two months of training to win the DreamHack Masters Marseille. The prestigious trophy inspired the boys, and further victories at ECS 5 and ESL Pro League Season 7 gave them even more confidence.

No wonder that the team was going to the upcoming London Majors as the main favorite. Astralis won all of their matches and only lost on one card. The Danes played disciplined, cool, caught their opponents’ mistakes, and were stronger in almost all the important rounds due to a high individual level of play.

Each was able to take on multiple opponents single-handedly. As a result, the first victory in the majors in the renewed lineup and 1 million dollars in the bank account. At that point, the team was in terrific shape. In the next seven tournaments, six titles were won.

In 2019, the extravaganza continued. Astralis won two majors in a row: IEM Masters XIII and StarLadder Berlin. Thus, the Danes were the only people in history to win four majors and do it at three tournaments in a row.

Determining the best of the best for CSGO rankings is always a thankless task. Even more so in our case, since you can’t select the best lineups based solely on statistics and the number of wins. Sometimes it is the chemistry of the team, the degree of competition at the time of the squad’s existence, and the quality and confidence of victories that counts. But we hope that our top CSGO teams will not disappoint you.

How to Sell a House in GTA 5