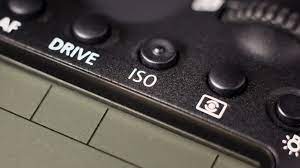 Have you ever wondered what the ISO setting on your camera or smartphone photo app is for? Learn about ISO and why it’s vital to grasp if you want to be more in charge of your photography by reading the following article.

Read Also: How to Fix Camera Not Working On Lenovo Laptop

What Exactly Is ISO, Anyway?

All other exposure settings (aperture and shutter speed) are used to determine how bright or dark your photo should be. These are known as the “exposure triangle,” but we’ll get to that in a second. When you increase your camera’s ISO level, you increase the amount of light the sensor is able to pick up.

Base ISO, commonly known as “native ISO,” is the lowest ISO setting that comes pre-installed on your camera when it is purchased. The native ISO range refers to the range of ISO settings on your camera that are available right out of the box.

To describe the sensitivity of a film strip to light, the phrase “film speed” was used during the heyday of 35mm film. Exposure times will be shorter when using film that has a higher ISO level, such as 800. A film’s speed was also known as its ASA rating in the film era. Digital cameras’ ISO was derived from ASA in the mid-1990s. Using a high ISO setting tells your camera’s sensor to absorb light more quickly in the same way that high-ASA film burns faster.

Increasing your camera’s ISO to 800 or more may be necessary in order to achieve the desired exposure. The picture will have digital grain or “noise” if you raise it too high. This noise resembles static and can render a shot worthless if it gets out of hand. The good news is that most modern DSLRs and mirror less cameras are able to handle high ISO settings without significant noise.

Changing your ISO level might also alter the dynamic range of your shot. The amount of detail that can be captured in a photograph’s brightest and darkest tones is known as its dynamic range. Lowest noise and greatest dynamic range can be achieved by using a camera’s base ISO, often 100.

How ISO Interacts With Other Camera Settings

ISO works with two other settings on your camera while it’s in manual mode to regulate the brightness or exposure of your photograph: shutter speed and aperture. If you want to use a longer exposure time, increase your shutter speed, but decrease your aperture to let in more light.

Your lens aperture allows in a lot of bright light when opened very wide, and if your camera’s ISO level is too high that light could blow out your photo. In order to achieve a more equal exposure, you would lower your ISO. While photographing an outside portrait, for example, you would need to increase your ISO in order to compensate for the increased light.

It’s the same with shutter speed. The faster your shutter opens, the more light you’ll need to collect in order to get a suitable exposure while you’re photographing fast-moving subjects. A higher ISO will help here.

How Do I Choose the Right ISO Setting?

Depending on the situation, different camera settings will be required. All of these factors will influence the ISO setting you should use in a given situation. Music in a dark auditorium will require a completely different atmosphere than a field at dusk.

In general, you’ll want to choose a lower ISO setting in brighter conditions and a higher ISO setting in darker ones. It’s a good idea to set the ISO as low as possible while maintaining an even exposure in order to minimize digital noise. Everything in the calculation of exposure is a trade-off, and expertise will help you discover the right balance.

You may be able to get around some of these rules. The tripod will keep the camera steady long enough to use a slower shutter speed, allowing you to shoot at a lower ISO setting, which will allow you to capture more light. With a wide-aperture lens, you can shoot at a lower ISO in low-light conditions while getting a good exposure.

How to Scan Documents in Windows 10

Where Is The HELM In Destiny 2