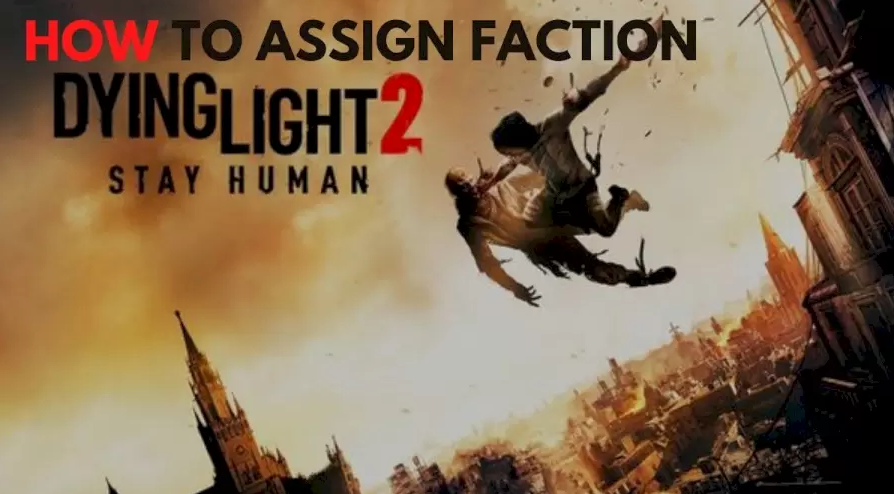 In order for you to get the most out of Dying Light 2, this tutorial will teach you how to maximize the benefits you receive from your factions as well as how to properly assign facilities. You should familiarize yourself with the guide and make it a point to follow the instructions precisely as they are written.

Read Also: How To Unlock And Use The Paraglider in Dying Light 2

How to Assign Faction in Dying Light 2

To get started, it is essential for you to seize control of the numerous water towers and electrical stations so that you can start generating power. Therefore, when you approach one of the electrical stations, you will come under attack by renegades, and in order to continue, you will need to eliminate those attackers first. After you have dealt with all of the foes, you will be required to go inside the structure.

There is just one parkour challenge that can be completed in water towers, and in order to do it, you have to climb all the way to the very top of the structure. To begin the flow of water and turn on the power, you will first need to rotate the wheel that is situated at the very top of the apparatus, as seen in the picture that can be found further down on this page. After you have connected each of the six panels, you will need to climb to the highest point of the electrical station and flick the switch there in order to get the electricity to start flowing through the station. Following that, a new menu will show up on your screen, and you will have to choose whether you want to be a peacekeeper or a survivor, as shown in the image that comes after this text. In addition, in order to acquire an additional upgrade, you will need to seize and operate either the water towers or the electricity station that are depicted on the map that is provided to you further down on this page. Can you side with both factions Dying Light 2?

It is important to keep in mind that you are free to commit to either side whenever you see fit. For instance, you could give two facilities to the Survivors so that you can upgrade your Airbags and Ziplines, and then give three facilities to the Peacekeepers so that you can earn more Car Traps, Electrical Traps, and the PK Razor Canon. This would give you a total of five upgrades.

Which faction is best in Dying Light 2?

Therefore, the Peacekeepers are the most advantageous group to join, as they are the ones responsible for the addition of advantageous features to the map, such as canons, car traps, electrical fencer traps, and lanterns that can be used as Molotov cocktails. They even provide the player with the PK Crossbow, which is considered to be one of the game’s top weapons.

Should I assign water tower to Peacekeepers or survivors?

You will be considered to be on the Survivors’ side in the conflict taking place in the Old Villedor region if you hand over the Water Tower to them. As you make your way into the Central Loop in an effort to access the subway, this will kick off the Revolution Main Story Mission, which tasks you with destroying the windmill guarded by the Peacekeepers.

Is it better to side with Juan or Matt Dying Light 2?

He gives off a shady vibe and is well-known for being a liar and a double-crosser. Players should take Jack Matt’s side if they want someone who is honest and concerned for the well-being of others in addition to themselves, rather than only looking out for themselves. During Juan’s mission, “Spy Games,” players will get an accurate portrayal of Juan’s character.

What is the most op weapon in Dying Light 2?

In Dying Light 2, Aiden’s feet are far superior to any of the game’s other weapons, including axes, crossbows, spears, spike traps, and exploding cars.