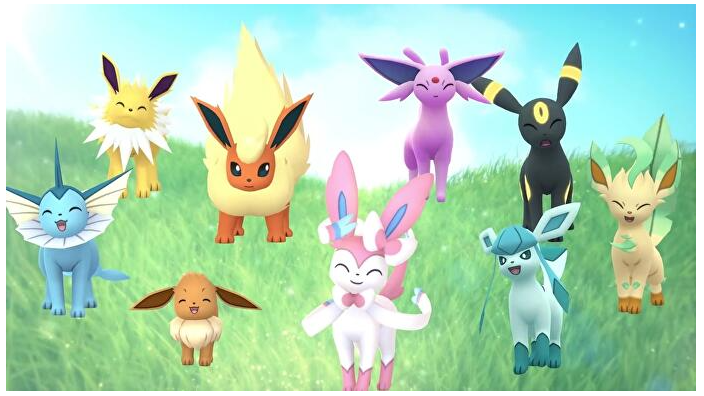 The majority of Pokemon evolutions in Pokemon GO are quite simple and easy to understand. To evolve a Pokemon, the player only needs to gather a particular number of that Pokemon’s candy, though there are some instances in which they will additionally need an evolution stone or have to satisfy a criteria that involves travelling a certain distance. On the other hand, the evolution of Eevee is rather more complicated than in the main games because it can develop into numerous different Pokemon.

In the current version of Pokemon GO, Eevee can evolve into any one of the following five Pokémon: Espeon, Flareon, Jolteon, Umbreon, or Vaporeon. Each evolution needs 25 Eevee candies, and despite the appearance that each evolution is random, there are really strategies that players can employ to influence the Pokemon Eevee will develop into. The following is a guide that will show you how to evolve Eevee in Pokemon Go.

Read Also: How to Change Pokémon Names in Pokémon Go

How to Get All of Eevee’s Evolutions in Pokemon Go It is important for players to keep in mind that they will need to restart their game after altering Eevee’s name, and that this particular naming trick will only work for the very first time they apply it. After then, the only way to obtain a Flareon, Jolteon, or Vaporeon in Pokemon GO is by the random drawing of a card. And because obtaining these particular creatures will become even more challenging as other Eevee evolutions are added to the game, gamers of Pokemon GO may want to begin evolving all of their Eevees as soon as possible if they desire more first-generation Eeveelutions.

Both Umbreon (a dark-type Pokemon) and Espeon are new evolutions of Eevee that were introduced in the second generation of Pokemon (psychic-type). It is possible to use the naming trick to cause Eevee to evolve into Umbreon or Espeon, just like it was possible to do with the Eeveelutions of the first generation. As was the case in the previous generation, players can only use the name trick successfully the very first time they try it. On the other hand, if you don’t want to use the name trick, there is another way to get Umbreon and Espeon. To complete this challenge, players will need to make Eevee their buddy Pokemon and then walk with it for a distance of 10 kilometres. After that, you will need to wait until nighttime has arrived in the game in order to transform it into an Umbreon. In any other case, you must evolve it during the day for it to become Espeon.