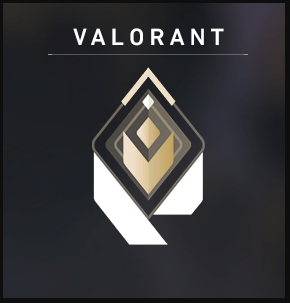 It is not an easy task to climb to the top of the leaderboards in the Valorant Competitive Mode offered by Riot. There have been a lot of players who have attempted to get to the Radiant Rank, but very few of them have actually been successful. There is an excellent explanation for this. You have arrived at the proper location if you are either considering making the challenging road to become counted as the finest of the best or if you are simply inquisitive about the process. Find out what it takes to reach the Radiant Rank in Valorant, as well as the reason why “Radiant” and “Radianite” cannot be used interchangeably.

Read Also: How to Type in Valorant

How To Get Radiant In Valorant

When it was released all over the world in 2020, Valorant caused a commotion in the gaming industry. The game, similar to many other online multi-player shooters that came before it, includes a casual mode that players can utilise in a setting that is not competitive. However, gamers are lining up for the game’s ranked mode to demonstrate their mastery of the game’s punishing game mechanics. This mode is the most popular among players.

If you are not familiar with this mode, or if you simply need a fast review, the following is how it operates:

Within the Valorant ranking system, there are a total of eight tiers, and each tier includes three sub-tiers with the exception of Immortal and Radiant. These two tiers are the highest in the ranking system and each have only one sub-tier below them respectively. You will not be able to reach the last tier, Radiant, until you have completed all of the tiers and sub-tiers that come before it.

For instance, if you begin your adventure in the Iron tier, the very first one, you will need to complete Iron 1, Iron 2, and Iron 3 before moving on to the next level. In this particular instance, it is Bronze.

You would proceed to work your way through each tier and sub-tier until you eventually reached the Immortal level. Before reaching the Radiant level, there is just one more level to advance through in this ranking system’s progression. To reach Radiant, the highest possible tier in the system, it is necessary for you to go through a total of 20 ranks, which include both tiers and sub-tiers. Some players are able to skip through lower tiers entirely because they have accumulated enough points and won enough matches, but this is the exception rather than the rule. In order to climb to the top of the scoreboard, you will need to work your way up through all 20 positions.

Check out some of the following ranking ideas if you want to reduce the amount of tears of frustration you might weep in the process of realising your dream of becoming Radiant:

To go up the ranks in Valorant, the most important thing you can do is win games, much as in most other competitive games. Having said that, the algorithm also takes into account the manner in which you win or lose a match. If you win by a larger margin, you’ll be in a better position overall and have a better chance of moving on to the next stage.

How to Get Goat Simulator Skin in Fortnite