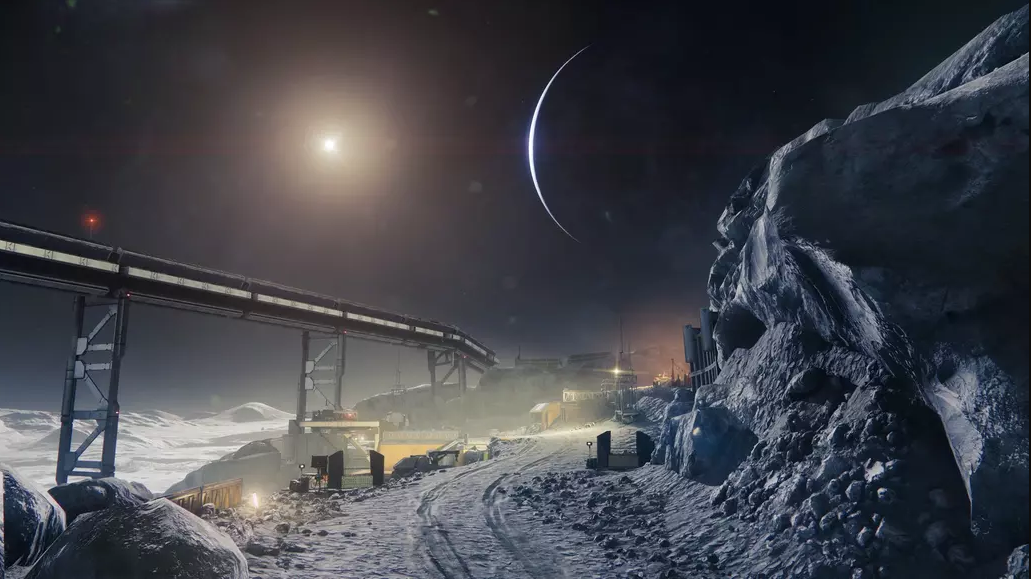 Small Rice Cakes are obtainable as a reward for participating in any activity on the Moon and seeing it through to its conclusion. This includes the Lost Sectors, treasures, Public Events, Altars of Sorrow, Nightmare Hunts, and the raid in Destiny 2 known as the Garden of Salvation. On the Moon, Daito Rabbits can be found in a variety of locations; however, the vast majority of them are found either within or close to the Hellmouth. When you have collected all nine, you should go back to the Sanctuary Landing area and look for the collection of Daito Rabbits to the left of the “tyre game” that is located within the Moon building. Follow these steps to acquire rice cakes in Destiny 2:

Read Also: How to Get Cloudstrike Exotic in Destiny 2

You can locate chests all across the surface of the Moon that are stocked with glimmer as well as other planetary items in almost every location (Helium Coils). If you were to break open one of these, there is a possibility that you would find a miniature rice cake tucked away on the inside. If you talk to the Nightmare Guardians or Toland on the Moon, they’ll put you to work on one of their patrols. These are shorter, more straightforward missions that task you with completing actions like as killing adversaries, seizing control of a section of the map, or gathering various resources. After finishing most quests, you will be rewarded with planetary materials as well as some Glimmer. On the other hand, there is a possibility that you will also get a Small Rice Cake.

Materials from the Planets Helium Coils are the primary component of the planetary material that the Moon is composed of. When one is out exploring, they will frequently come across these things, which have the appearance of enormous vials filled with a brilliant yellow liquid. These objects are frequently dispersed around the ground. When you loot them, there is a very small possibility that you will find a Small Rice Cake among the loot. This chance is exceedingly low. There is a chance that you will come across High Value Targets while exploring the moon. These dangerous yellow bar adversaries need a greater amount of effort than your typical grunt to vanquish, and you should make every attempt to avoid encountering them at all times. If you are able to eliminate them, a treasure chest will become available to you. If you were to crack it open, there is a chance that one of the Small Rice Cakes within would fall out and make its way into your collection of items.

Public Events are fleeting opportunities for numerous players to coordinate their efforts toward the accomplishment of a shared objective. If you want to increase your chances of coming away with Small Rice Cakes, you should take part in as many of these activities as you possibly can on the Moon. You’ll discover quite a few of these pursuits on the Moon.

Where can I buy Jade Rabbit?

The Jade Rabbit may be acquired through the use of Exotic Engrams, which are a rare drop that can be collected by completing missions or vanquishing foes. In addition to that, it can be obtained via the Powerful Engrams that are rewarded for achieving weekly milestones.

How do you get the witch queen in no time to explain Destiny 2?

After finishing the Beyond Light campaign and having a conversation with the Exo Stranger (also known as Elsie/Elisabeth Bray), players will have access to the No Time to Explain mission. You will also receive a task titled “Soon” from her. The reward for completing her mission is “No Time to Explain.” This indicates that in order to get this pulse weapon, you must either possess the game Beyond Light or have access to it.

How do you complete a small gift in Destiny 2?

Small Gifts are one-of-a-kind objects that can be exchanged for larger prizes at any of the many cat statues that are dispersed over the Dreaming City. Each cat statue in Dreaming City that you approach and engage with will award you with a different piece of loot. When you have collected all nine, you will be rewarded with the “Remember Your Manners” triumph and a special symbol.