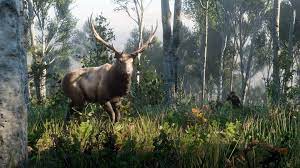 Red Dead Redemption 2 gives you a number of options to choose from when it comes to assisting your community and providing for yourself. This involves committing burglaries at stores, carrying out odd jobs, and collecting bounties offered by the local sheriff. However, going out into the woods to hunt animals is the one that is most likely to keep everyone satisfied. Red Dead Redemption 2 allows players to hunt a wide variety of animals, ranging from the smallest raccoons to the largest bears. However, getting a kill in this game requires more than just killing an animal. You have to ensure that you murder each victim using the appropriate technique and that you put the body to good use after you have finished. These are the hunting tips for Red Dead Redemption 2 that you absolutely must know.

Read Also: How to Enable DLSS in Red Dead Redemption 2

How to Hunt Like a Pro in Red Dead Redemption 2 Obviously, you need to locate a potential prey item before you can kill it. The best approach to do this if you don’t have a certain species in mind is to simply leave town and begin exploring the environment in front of you, but if you do, pull out your map. If you’ve explored a certain region, you’ll find an icon there that represents a specific species. If an icon turns up on the map, you’ll find it there more regularly. Proceed to the area of interest and start looking about. If the animal doesn’t emerge immediately away, you have a few options. Initially, you can activate Eagle Eye by clicking the analogue sticks, which will then display the pathways of nearby animals.

You can also try creating bait. You can do this by setting up a camp and accessing the crafting menu, albeit you’ll need certain herbs and meats on hand for this to function. There are a few distinct sorts of bait, one for predators and one for herbivores, and you can unlock more effective versions of them. If you’re set on going this path, you might want to stop by the local hardware store and pick up a few extra items.

The study of animals begins when they are first spotted. Put the animal in your sights – you can use binoculars if they’re far away – and then look in the bottom-right corner of the screen to discover their rating. One dot signifies a poor-quality animal, whereas three denotes a high-quality animal. Determine which one you’re going to kill based on this data. As one goes up in status, so does one’s appreciation for the animal.

Choosing the right weapon, getting the perfect pelt/skin/hide Red Dead Redemption 2’s kill-shot weapon depends on the animal’s size. Failing to do so will make the kill harder and the pelt unsellable, but it’s easy once you get the hang of it. For foxes, use a bow. One arrow should kill most of these creatures, but approach near before shooting. Your early stamina will be low, so your shot will wobble after a few seconds. Even raccoons require a varmint rifle. Small game arrows can be made from normal arrows for the tiniest animals.

Use a Springfield or Rolling Block for deer. You can kill most mammals with a single headshot and still get a perfect pelt. Repeaters are less accurate at long range, and you should only take one shot. Even “large” animals can be killed with sniper rifles or shotguns with slug rounds.

Exception: “legendary” animals. They’re scattered over the globe and may be the topic of a quest; you won’t damage their skin. Shotguns with regular ammunition can be used. Standard bolt-action rifles work if you hit a critical organ. These shots require Dead Eye. Check your compendium if you’re unsure which weapon to use. If you’ve examined the animal, the recommended weapon will be listed. Progress > Compendium can be accessed from the pause menu. Under the Animals tab, you’ll find all the critters you’ve studied and their best ammo and weapon. In Red Dead Redemption 2, if a creature sees you running at full speed, it’ll leave and bring its companions with it. There are a few things you can do to sneak up on animals you hunt. First, leave your horse several yards away while entering an animal-filled area. The horse’s footfall can scare animals faster than yours, but you want it close enough to help transfer the carcass or chase after your prey. Click the left analogue stick to make Arthur crouch. This will make him sneak and move softly, allowing you to get closer to your target before firing.

After positioning, shoot. Choose your target and draw your weapon. Take your time and aim for the head. To call out to an animal, press Square on PS4 or X on Xbox One. You’ll have a short time to shoot before they lose interest. Dead Eye excels again.

If you miss the shot or don’t kill the animal, it’s not the end of the world. Failing to kill the animal will likely result in it running away, so you must act quickly. Depending on your distance, you may be able to try again, but the creature is now running. Don’t go all-out or you’ll destroy the fur. Take your time to line up the shot. Getting on a horse to chase a fleeing animal can be difficult. Use Dead Eye if you have to try again on foot or horse. After an animal dies, use its carcass. Depending on your purpose, there are several ways to do this. For most animals, you can stow the whole thing on your horse and head to camp. A horse can carry multiple animals, but only one “large” animal like a deer. Multiple raccoons can be stored side-by-side. Skin the animal if you need the skin or meat. Hit triangle or Y to skin it and take raw flesh. The skin must be stored on your horse, but you can then take the skinned carcass back to camp.

Large animals like alligators can’t be carried after death. If Arthur folds up an animal’s skin and sticks it on his horse, the animal is too enormous to be stowed. Your horse isn’t attached to the carcass as you transport it. If Arthur falls off his horse, everything on it goes with him and you must pick it up again. Avoid a wasted journey by doing so. Rain can affect your fur, so plan your route accordingly. Don’t delay delivering the carcass. If you don’t act immediately, you’ll have a rotting body. This might happen before or after skinning.

Making use of the animal You can do more than prepare and eat animal carcasses. Pearson will eat meat skinned or whole. Skins can be utilised to fulfil camp activities and can even upgrade your satchel. If you’re suffering, sell spare furs instead of donating them. This is an easy way to make money. Giant paw prints indicate a trapper. Trappers won’t pay much for your skins, so don’t view them as a source of cash.

Red Dead Redemption 2 contains criminal activities. You’ll need a fence to move these objects. You can use an animal trophy (such a paw) to get under-the-table stuff. Fences value these awards. If you want to save your awards for yourself, you can display them as relics.

Why do I keep getting poor pelts RDR2?

Is it better to hunt with a Bow or gun rdr2?

Repeaters, bows, throwing knives, rifles, and sniper rifles can all deliver you immaculate kills, but a repeater is your greatest bet for maximising your chances of success. Large creatures, as one might think, are somewhat more difficult to kill than smaller ones. You can bring them to their knees with a bow (particularly if you use poison arrows), a rifle, or even a sniper rifle. Rifles are the most user-friendly option for these.

What weapon is best for deer pelt?

When it comes to hunting, many people believe that the most effective weapons are those that have a long range, such as a rifle or a bow equipped with poison arrows. The meat of venison deer can be prepared in a variety of dishes, while the hides of deer can be utilised in crafts.

How to Use Magic in Elden Ring

How to Turn Off Subtitles on Hulu on Mobile App

How to Make a Slideshow on TikTok