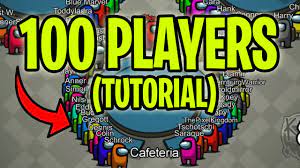 Installing and experimenting with different mods gives players the opportunity to customise their experience in Among Us as they wait for the release of the new Airship map in 2021. Mods have the potential to drastically alter the gameplay experience for players by introducing new roles for crewmates or, on a more subtle level, by introducing proximity voice chat and audio. One recent and popular modification that is gaining traction expands the size of the lobby, which frequently results in effects that are amusing, unbalanced, and puzzling. Up to ten players take on the roles of crewmates and impostors while scurrying throughout the headquarters of The Skeld, Polus, and Mira in the original version of Among Us. When there are a lot of people in the lobby, things can quickly turn chaotic, with accusations being hurled and players being murdered or kicked out of the airlock. The level of anarchy in the game increases significantly when the 100 Players Mod is activated.

It’s possible that players have seen popular broadcasters, such as Mr. Beast and Socksfor1, highlight the Among Us 100 Players mod. To play Among Us in this manner, gamers are not need to sign up for Socksfor1’s popular Discord server, as was previously the case. However, if gamers install the mod, they will be able to host their very own 100-player lobbies and unleash mayhem upon the world. Even though the game does not have a very good balance between the crewmate and the impostor, it is still possible to have a lot of fun with it. The mod is simple to install. The Among Us 100 Player Mod can be installed and played with the following instructions.

Read Also: How to Complete the Unlock Safe Task in Among Us 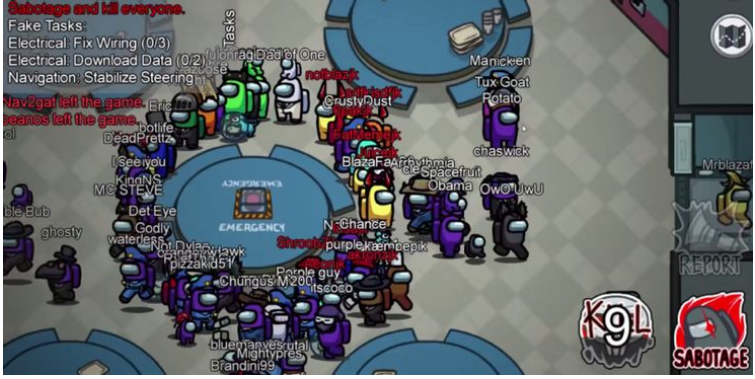 The zipped file containing the 100 Player Mod CodeIsNotAmongUs is available for download on the internet. Players will be required to create a backup copy of their game files before the installation process can begin. The ordinary Among Us game will not function properly after the mod is installed since it will overwrite the original Among Us data. After they have finished using the mod, players will need to remove it and then reinstall it if they ever want to host another lobby for 100 people.

At this time, the 100 Player Among Us Mod is only available for download and installation on PC players’ accounts. The mod will not be accessible to players on mobile platforms such as iOS, Nintendo Switch, or Android.

Installing the Among Us 100 Player Mod requires the following:

When players begin the game, they should be presented with the opportunity to host a 100-player lobby if the installation was completed successfully. Due to the fact that this mod is hosted on Socksfor1’s private server, players should also notice the text “Socksfor1” printed in red at the bottom of their screen after they have entered the lobby. The only other thing that players will need to do in order to start their gigantic game is to find a group of people that is big enough.

Playing Among Us with the 100 Players Mod is not significantly different from playing a regular game of Among Us with the same number of players. In the video that he uploaded on October 15, Socksfor1 discusses how he felt compelled to change his name in order to avoid being rejected immediately by his friends and admirers. He stated that he and his pals used this modification without muting their microphones because there was so much turmoil that it did not make much of a difference whether or not the microphones were turned off.

They also changed the settings of the game so that there would no longer be any Emergency Meetings. This was done so that things would not become too chaotic. Players that use this mod should make preparations to have at least ten impostors in order to maintain a ratio comparable to that of ordinary games.