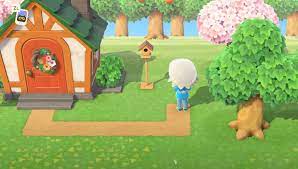 The Animal Crossing game series is all about allowing the player complete creative control over what they make, how they design it, and how they construct it. The additional tools that are included in Animal Crossing: New Horizons, on the other hand, help to make the previously mentioned customization a little bit simpler. The advent of the Island Designer software, which gives players the ability to terraform their own islands, is one of the most significant improvements to the game’s overall quality of life. The technology has been used by skilled designers to reproduce renowned settings like Pokemon’s Pallet Town, but the typical player would find more value in simply cleaning up their hamlet by adding a few paths.

Unfortunately, you won’t be able to use the Island Designer programme until much later in the game. Players won’t be able to access it right away unless they have a time machine or some other means of travelling across time. However, once it is unlocked, players will have the ability to position walkways wherever they choose, which will assist in the development of their island into more of a town. Players of Animal Crossing: New Horizons can begin laying out walkways on their islands by following these instructions.

Read Also: How to Change Your Appearance in Animal Crossing

How to Make Paths in Animal Crossing

Players of Animal Crossing: New Horizons will need to have the programme known as Island Designer activated before they can begin designing trails in the game. The user will not be able to unlock the app unless they have first invited K.K. Slider to perform on their island. This is the most difficult phase of the game. Because a K.K. Slider performance requires an island to have a rating of three stars, it is likely that the Island Designer software will continue to be unavailable for the majority of gamers for some time. After the Island Designer software has been unlocked, making paths is a rather straightforward process. It is enough for the player to launch the application and select the “create paths” option to bring up a menu of available path choices. The player will start laying down the path after they have selected the one that they want to take. It is important to note that not all of the in-game path ideas will be accessible right once, and in order to use some of them, players will need to unlock them first. However, now that players are once again able to use their own original designs as paths, they are free to choose that option when navigating the world.

How do you unlock paths in Animal Crossing New Horizons?

You will be required to unlock the Island Designer software on your NookPhone before you are able to design paths on your island. When your island earns a rating of 3 stars and K.K. Slider comes to visit for the first time, you will be rewarded with this item.

How do I unlock the Island Designer app?

Bring five bugs or fish to Tom Nook, where Blathers will be waiting for you. Donate 15 different creatures to help build the museum. To prepare for the opening of the new Resident Service building, Tom Nook needs your assistance in constructing a bridge and three dwellings. You will be given the Island Designer app once the event has concluded.

How do I get the Island Designer app?

You will need to completely upgrade your island before you can receive access to the Island Designer software. Tom Nook will install a programme on your phone that gives you a significantly greater level of control over your surroundings. This app gives you the ability to alter the environment or construct on top of it as you see fit.

What are codes in Animal Crossing?

Patterns made by older versions of Animal Crossing games can be encoded using QR Codes. If you create a new design in Animal Crossing: New Horizons, you will be rewarded with a code that consists of letters and numbers. This code can be redeemed at the Able Sisters’ shop in exchange for a new item.

How many flowers do I need for a 3 Star island?

In addition, in order to earn a rating of three stars for their island, players are required to have cultivated a minimum of one hundred plants and about two hundred blooms.

How to Get a Slingshot in Animal Crossing

How to Upgrade Your Storage in Animal Crossing