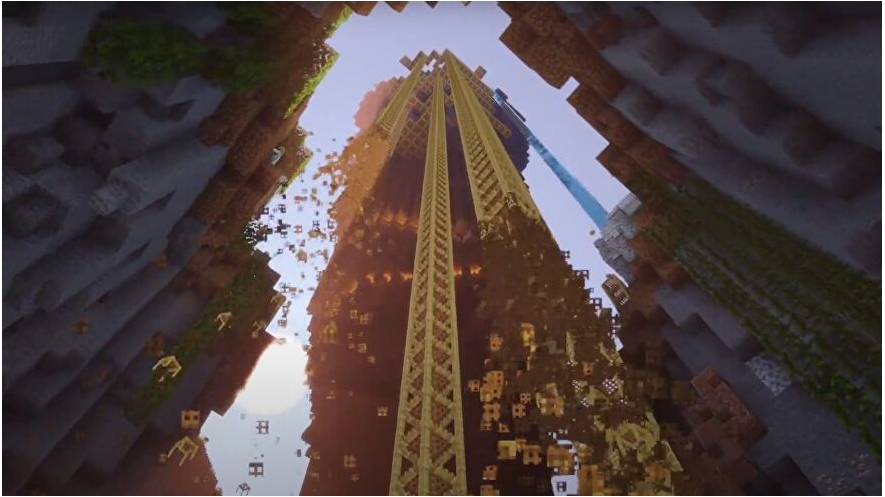 Have you ever designed enormous or merely huge structures that have high heights and if you jumped out of them you would suffer fall damage? A scaffold is exactly what you require if you are sick and tired of dealing with issues of this nature; it will make your life much simpler.

Using an item like this can make it much easier to reach heights that would otherwise be difficult to attain or to descend from them. In the following paragraphs, we will discuss the steps necessary to create them.

Read Also: How to Add a Minecraft Server on Xbox

How to Make Scaffolding in Minecraft

How to Make Scaffolding in Minecraft

In Minecraft, you must first open your crafting table before you may begin to create scaffolding. You should see a grid that is identical to the one in the image below. 2. Add The Scaffolding Ingredients To The Menu

To the grid on the crafting table, add the six pieces of bamboo and the one piece of twine. After you have completed the steps outlined above to add the objects to the crafting grid, you will see a box on the right side of the screen with six components in it.

3. Move The Scaffolding To Your Inventory

Now, to add the scaffolding to your inventory so that you can utilise it later, simply drag it down. You’re done! Scaffolding in Minecraft is used to assist players in reaching high locations, which is helpful for building, and it can lessen the amount of damage taken from falls. What is scaffolding used for in Minecraft?

In Minecraft, it is possible for villagers to ascend scaffolding. However, this is not something that they do on purpose. However, if scaffolding, ladders, or vines are in their route, they may stroll into the structure and attempt to climb it.

Can mobs spawn on scaffolding?

On scaffolding, monster spawning is possible. There has been a bug report sent to Mojang regarding this behaviour; therefore, it is possible that the game creators did not intend for them to behave in this manner.

What blocks are spawn proof?

The use of torches is one of the most fundamental strategies for preventing the spawning of monsters. These raise the overall level of light around them, which prevents hostile creatures from spawning in the area. Other blocks, such as glowstone and shroomlight, provide a greater amount of light, but they are far more difficult to obtain.

How to Build a House in Minecraft

How to Get the Art Gallery in Animal Crossing: New Horizons