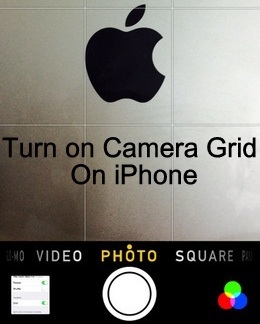 Apple’s iPhone camera grid is defined as a system that overlays vertical and horizontal lines on photographs to provide the best possible result. It aids in the rapid assembly of an object’s lineup. And, well, it’s not a hard and fast rule, but rather a handy guideline to follow. For the iPhone camera user who enjoys entire composition, a picture that is taken using the iPhone camera’s grid feature is necessary.

Read Also: How to Change Your iCloud Password on Your iPhone

How To Turn On Grid On IPhone Camera

On iPhone and iPad, the optional Camera grid adds a series of gridlines to the top of the viewing screen when taking images. Because it divides the screen into equal sections, it makes it simple to adhere to the long-standing “rule of thirds,” with the main notion being to align compositional elements to the grid, such as the horizon or buildings, in order to line up the lines in the grid, which helps to produce better images. 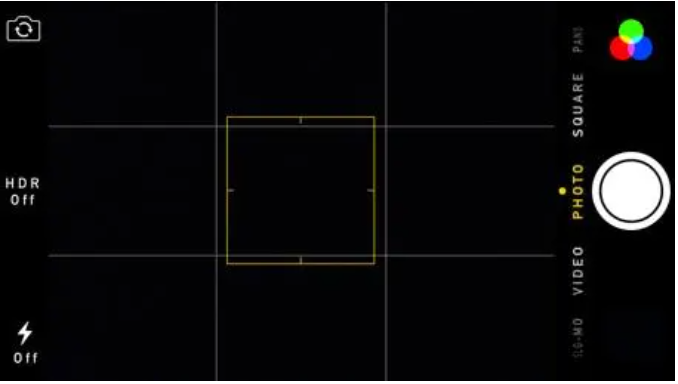 1.Open the Settings menu and select “Photos & Camera.”
2.Locate the Camera section and flip the “Grid” toggle to the “ON” position (or OFF if you want to disable it). 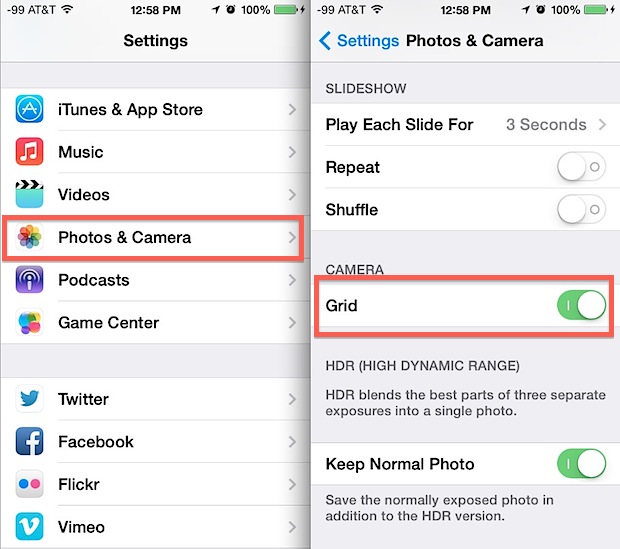 When you return to the Camera app on your iPhone or iPad, you’ll see that the grid has reappeared as a layover on the Camera app screen. It is important to remember that you can now rapidly access the Camera from the Control Center by swiping up from the bottom of the screen.

It’s definitely easier to just leave it enabled all of the time now that it’s housed within the Settings app of iOS 7, iOS 8, iOS 9, iOS 10, and possibly iOS 11 coming ahead, especially if you actually like to use it. Personally, I like the method used in iOS 6 and earlier, in which the grid settings toggle was located immediately in the Camera app, making it simple to toggle on and off as required without leaving the app. Without a doubt, I now leave the grid turned on all of the time since it is such a great tool for producing better images and improving composition that it is well worth enabling and maintaining. The grid does not appear to overlay itself on final photographs, though.

Does iPhone Camera have a grid?

Fortunately, activating this feature on your iPhone is a simple process. Select Camera from the Settings menu, and then toggle the Grid option on. That is all there is to it in order to activate the function!

How can I put a grid on my photo?

Is it possible to add a grid to a photo taken using an Android or iPhone? Drawing Grid Maker is a free Android app that can be used to add a grid to a photo. The number of rows and columns, as well as the colour of the grid and the line width, must all be customized once the photo has been loaded. For iPhone users, the ideal tool is Grid # – Add grid to image, which can be found in the App Store.

How to Do Control F on an iPhone