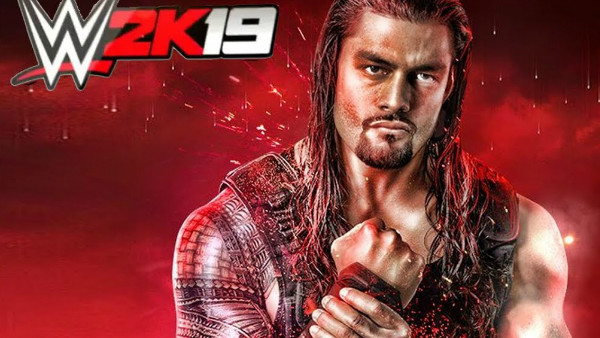 In a WWE 2k19 match, you earn stars by using different moves. Star rating indicates the acquired Virtual Currency (in-game currency) which is used to buy locked players, attires and many other things. The game offers a wide variety of moves for every wrestler yet many players find it hard to get maximum rating out of a match. We will tell you some tricks that will make the job easier for you.

Do not waste your reversal at the start: While playing on Hard/Legend difficulty players use their reversal early in the match as shown in the video. This can lead to an easy defeat. Reversals are the fundamental perks in the game. You should have at least 1 reversal stored in your arsenal all the time to avoid a major blow like signature or finisher move. If you do not have the reversal, you will probably lose; it is simple as that. Whilst performing successful reversals does grant you rating points but using them early on is just not a good idea. It will be like winning the battle but losing the war.

Avoid hitting the referee: Hitting the referee will strike a major blow to your star points whether you do it on purpose or by an accident. You can turn off “aim referee” in the options but sometimes players enjoy beating the crap out of referee to blow out some steam; that is good and all but it can be bad for your match rating. So, if your “referee aim” is turned on, you should avoid hitting your opponent near the referee because even an accidental punch to the ref. will cut out a lot of points from the match rating. But there is a plus point. Hitting the referee only matters for the first time. Once you lose the points, you can strike him as long as you want (to release your anger for losing points) and you won’t lose any more points.

Signature/Finisher moves: These moves are the core of 5-star rating. Each finisher move gets you 400 points directly. You get these points every time you perform the move irrespective of the repentance. And you get a bonus of 750 points on 5th finisher move. So, performing multiple finisher moves will increase your tally. 3 Finishers/1 signature can be stored at max. You might want to use those moves instead of stacking them.
Strike moves: Striking is one of the fundamental moves in the game but many players do not know that there are multiple ways to strike your opponent even with bare hands. Pressing the direction button will alter the striking action. Players can produce four different actions with each direction key and one action by simply holding the strike button. Performing various moves will help you a lot in getting maximum rating.

Grapple moves: Similar to striking moves, you can perform different grapple moves using direction keys. There are numerous grappling moves which you can execute during the match. Diversified moves will boost your match rating.

Lifting the opponent: A lot of WWE players do not know that you can life your opponent by holding some specially assigned buttons. These moves are similar for pretty much every wrestler. But you cannot pick up super heavy weight opponents like Braun Strowman, The Big Show and Andre the Giant. Picked up opponents can be slammed down or you can strike them on ring post, ropes, arena barricade, tables, ladders and on pretty much everything. Lifting your opponent rapidly consumes your wrestler’s stamina, so you should make a decision quickly whether to strike the opponent in an object or slam him down. Once your stamina bar is depleted, your wrestler will automatically drop the opponent.

OMG! Moves: OMG moves are very helpful in the rating perspective. In WWE 2k19, wrestlers possess unique OMG moves but you can assign your favorite wrestle any Oh My God move from “My Player” menu. Not only these moves boost your match rating but they will also leave your opponent dead on the floor for quite some time.
Environmental Assist: In WWE 2k19, wrestling is not just about striking, grappling and pinning your opponent. There are a lot of things in the ringside area that will help you increase your rating points. Jumping from the top buckle is one of them. Every wrestler can perform multiple types of jumps from the top. Then there is the announcer table, you can perform a finisher move on the announcer table and defeat your opponent by count-out. There is also an “OMG” move called skull crushing boot which can be performed by holding your opponent on anyone of two bottom pillars of ring and performing the “OMG” move. It will cost you two finisher and half of your stamina bar. But this move is wrestler dependent and every wrestler cannot perform this move.

Trickster: If you are not afraid of getting disqualified, you can hit your opponent with foreign object even in normal 1v1 match. The trick is to use the object when referee is not looking directly at you. Although you can knock down referee and then you can kick your opponent’s a** as much as you want but that will deduct some ratings points from your tally.

Using these tips and tricks, you can easily get 5-star rating in any match. If you want some extra moves in your wrestler’s arsenal, simply go to “My player” and edit his/her attributes. You can edit attire, add/remove skills, even improve ability points.