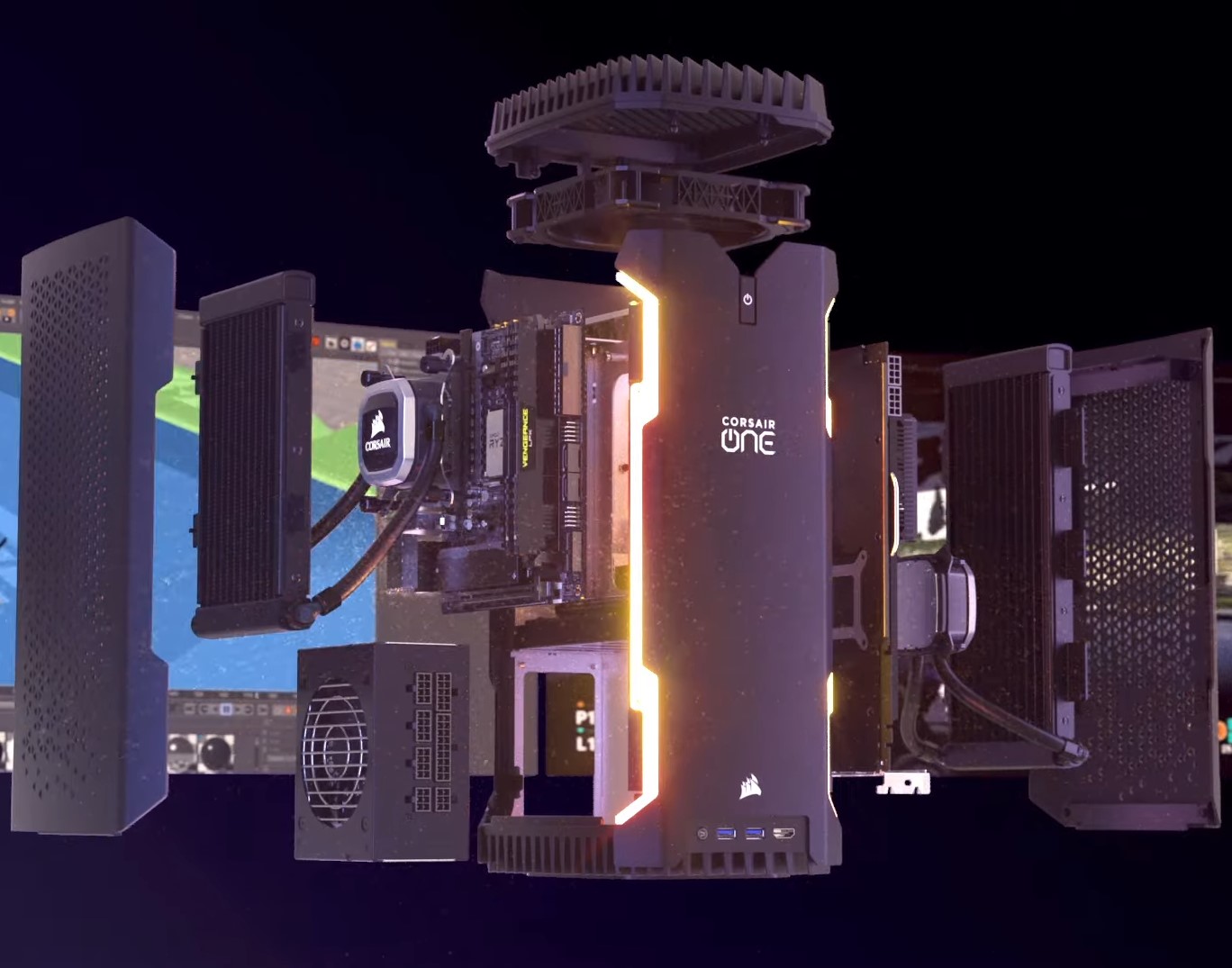 Here is the latest iteration of the Corsair ONE bionetwork: the a100. This compact small-form-factor machine packs a Ryzen 9 and GeForce RTX, the most powerful hardware in a small column-shaped 12-liter water-cooled enclosure. The new One a100 is the first AMD-based One and is intended exactly for gamers, though it could easily pull double duty as a content-creation powerhouse. 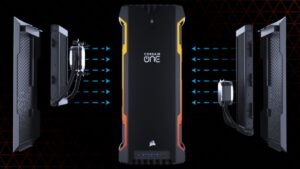 The Corsair One a100 that we got in for review is $3,999 packed with an AMD Ryzen 9 3950X, an Nvidia GeForce RTX 2080 Ti, and a 1TB SSD. Now combine that with 32GB of DDR4 RAM, you’ll get an absolute beast that’s afraid of nothing, no task is too much, no game is too much. However, that’s a lot more expensive than other configurations, and It would be not wrong if we say the Ryzen 9 3950X is overkill for gaming unless you plan to do some serious multitasking on the side. But considering just how much of a jump it is in raw specs, it’s really not that bad.

To back up the powerful and costly processor and graphic card there are similarly powerful other components. For memory handling, Corsair includes it’s own two 16GB Vengeance LPX stick totaling 32GB, and 1TB SSD. A 2TB secondary HDD will give you a lot of room for gaming.

The other One a100 configuration that Corsair retails for $3,599 is Ryzen 9 3900X with Nvidia GeForce RTX 2080 Ti, which we think is still overkill. And also a $2,999 base model that further drops to an 8GB RTX 2080 Super and halves the solid-state drive space to 500GB. Even that configuration is the upper crust in the gaming desktop market.

You may think to just go with the base model and upgrade it afterward — it is a gaming desktop, after all, but it wouldn’t be that easy. You will open up the chases, but to access the motherboard, there is some serious deconstruction in front of you. This is definitely not a PC that lets anyone come to be into to tinker with the hardware. But don’t worry, it’s unlikely that the high-end components of the One a100 model would need upgrading anytime soon. 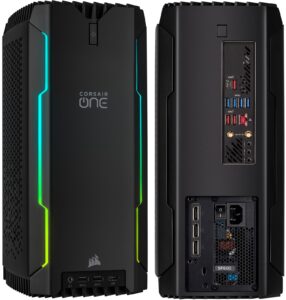 The chassis measures are just 14.96 inches tall and 7.87 inches wide perfect for gamers that want to play high-end 4K PC games in their living rooms without a huge tower. The One a100’s sleek dark metal exterior looks incredible and emphasized by a couple of RGB LED strips down the front. The power button stays on top of the front between the strips while a well-located assortment of ports goes along the front-bottom. Here you’ll get two 3.1 USB-A ports, a headphone jack, and an HDMI 2.0 port, which is impressive for virtual reality headsets.

An 80 Plus Gold certified the Corsair SF600 supplies a decent 600 internal power which is specially designed for small-form-factor systems.

Related Topics:Corsair One a100 Review
Up Next

How good is Google Pixel 4a? Full Review

How to Turn Off Keyboard Notification on an Apple Watch